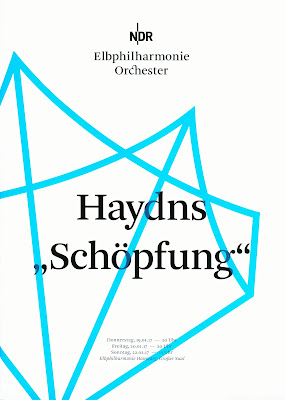 As I had announced in November last year: Red Baron was in Hamburg on January 19, listening to Hob XXI, i.e., Joseph Haydn's Creation at the Elphilharmonie.


Elphi was officially inaugurated on January 11, in the presence of our Federal President Joachim Gauck, Chancellor Angela Merkel, and the head of the federal state of Hamburg Mayor Olaf Scholz. All are in a festive mood, no lamentation over costs anymore.


When our group approached Elphi eight days later, we saw the following:


The long ascent to the plaza on the 11th floor via escalator is impressive, but the moving stairs form a bottleneck when, at the end of a concert, more than 2000 people want to leave the place at the same time. 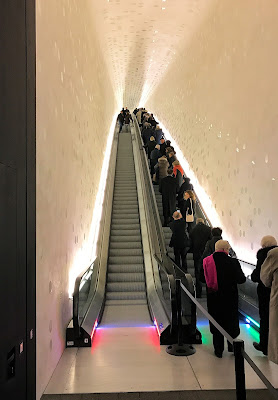 Since the opening of the concert hall built on top of an old Schuppen (a storage building) for coffee and cocoa, there were lots of discussions about Elphi's acoustic. Initially, Master Yasuhisa Toyota thought that the sound quality would be the same at any seat. Apparently, this is not the case for those sitting in the back of orchestra and singers.

Red Baron sitting on the 13th floor on the side, had no problem with sound and had a good view too. 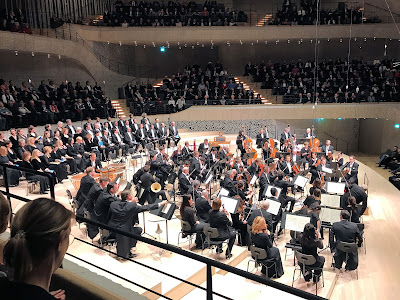 Only a live concert will give transparency of sound you will never achieve at home with the most perfect HiFi installation. Still, it is known that the sound of an orchestra in a too big concert hall may "fall apart" in particular when the room is empty. Therefore the too-small seats in Elphi were formed and stuffed in such a way that it makes little difference to the acoustics whether a place is occupied or not.

The concert was awe-inspiring. The NDR choir, solo singers, and the NDR Elbphilharmonieorchester were excellent. However, compared to Berlin's, London's, and Vienna's symphony orchestras, my feeling was that of a soccer match: a club of the second Bundesliga was playing in a stadium of the first. What a chance they have! Musical Director Thomas Hengelbrock and his musicians may only gain.

The following day Red Baron went to the Elphi plaza around lunchtime for a day view over Hamburg and the Elbe river.