Brahe and Kepler in Prague

Tycho Brahe and Johannes Kepler were astronomers and astrologers at the imperial court of Rudolf II who in 1583 had moved his seat of government from Vienna to Prague. With this move, he had further irritated the Habsburg clan who already regarded "their" melancholic emperor as blödhäuptig (silly-headed). Rudolf, as Golo Mann writes, "possessed high intelligence when the urge of the moment did not cloud it." He was, in particular, interested in the science of his time like alchemy and astrology.

As the best solution to the Rudolf problem, the Habsburgs considerably reduced his financial support. So the emperor was forced, although a fervent Catholic himself, to pact with the Protestant Bohemian estates. Their quid pro quo was financial support to the court against religious liberties.

So on 9 July 1609, Rudolf guaranteed in his Letter of Majesty to the followers of the Bohemian Confession, the Czech Hussites and brothers in faith, "From this day forth no one ... shall be pushed aside by [his] religion and forced to another faith by force or in any conceived way."

The document guaranteed the Ultraquists* not only freedom of religion but also the privilege of building churches and establishing schools. Prague University became Protestant.
*receiving the Holy Communion under both Species

This situation culminated in a fight between two prominent brothers, Empereur Rudolf II and the younger Archduke Matthias. In the end, Rudolf was forced to abdicate. 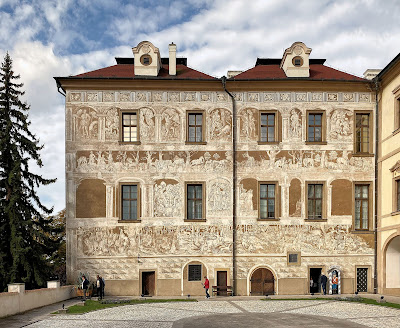 Brahe and Kepler met for the first time on February 6, 1600, well before the fraternal quarrel, at Benatek Castle, Brahe's residence, located 50 km outside Prague.


Why do I write all this? Red Baron actually spent five days with a group on a guided tour of Prague, and it’s surroundings. When I first read the announcement of "Tycho Brahe und Johannes Kepler in Prag," I was all excited. This one-time specialized trip was offered by Studiosus, one of the better German tour organizers.

In the following, I will no longer dig into the historical situation on the eve of the Thirty Years War but rather concentrate on the tour. My German-speaking friends may read the full story and history here.

As usual, Studiosus had all well organized. At times we had three guides looking at the overall organization, explaining the implication of Brahe’s and Kepler’s discoveries for the development of astronomy and showing us the beauties of Prague. The organizer was a man from Budapest speaking fluently German*, the astronomer-physicist was from Vienna, while the local guide was a Bohemian lady from Prague.
*His German was too good that clearly indicated that he was foreign (cf. My Fair Lady the story about the Hungarian professor)

In general, English was the language to converse in shops and restaurants, but our three guides communicated in the classical lingua franca of the gone by Danube Monarchy speaking German. I was moved.

Coming from the Berlin wedding, I had a night-over at Dresden and took the train along the Elbe river to Prague the following morning.

It was a pleasant ride along the Elbe valley, passing the famous Elbe Sandstone Mountains. 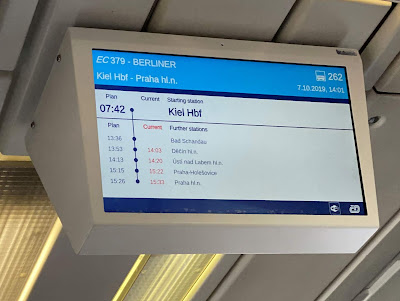 The train named Berliner originated from Kiel on the Baltic Sea, touched Berlin and Dresden, and had accumulated a delay of only 10 minutes when we reached Prague.


The following morning started with a series of lectures by Dr. Peter Habison on Brahe and Kepler.

Tycho Brahe became famous as an astronomer when he discovered and described the supernova of 1572. Its luminosity was so high that he could actually observe the bursting star with the naked eye.

He also observed and described the comet of 1577.


Brahe actually observed all his astronomical data, including those on the movement of planets with the naked eye using well-adjusted sextants and quadrants.
Most people visit Benatec Castle, not because of Brahe but Bedrich Smetana. The composer of "The Moldavia" lived here from 1844 to 1847.

Back to our protagonists. Enter Kepler. He needed Brahe’s precisely measured data badly for the exact calculation of the Mars planetary orbit. Initially, Brahe refused to give those away. You will find the full dramatic interhuman story between those two giants of science on Wikipedia. 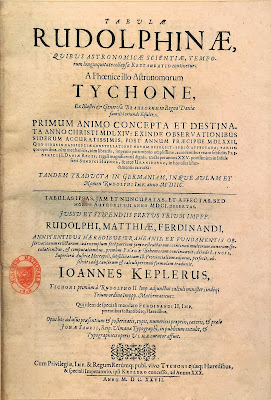 Eventually, Kepler got the data following Brahe's death in 1601. He dedicated the publication to Emperor Rudolf. 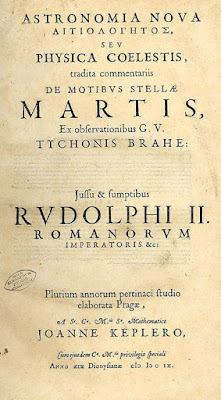 In 1609 Kepler finally had his Astronomia Nova published in which he, based on Brahe's precise observation data, calculated the slightly elliptical orbit of the planet Mars precisely. In his book, Kepler also formulated two of his laws as there are:

1. Planets move in elliptical orbits with the Sun at one focus.
2. The speed of the planet changes at each moment so that the time between two positions is always proportional to the area swept over on the orbit between these positions.

Only 75 years later, Isaac Newton will fully understand Kepler's writings by applying to the orbiting planets in Kepler's Laws one of the basic principles in physics the Conservation Laws, in this case, the conservation of angular momentum. In 1684 he published the paper De motu corporum in gyrum.


In the following, I would like to show you some of my photos taken during our guided tours.

A visit to the castle 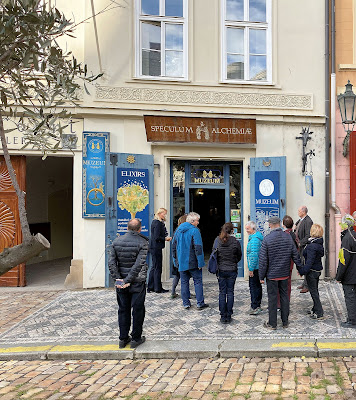 Library of the Strahov Monastery

Last Thursday, Red Baron listened to an impressive lecture by Michael Strobl, co-editor of the Bern edition of Alexander von Humboldt's writings. This year is von Humboldt's 250th birthday, and I blogged about some of his "non-scientific" writing briefly the other day.

In fact, von Humboldt not only was a natural scientist, but also a journalist. As such, he wrote against slavery, for the emancipation of the Jews and about the destruction of nature by man. 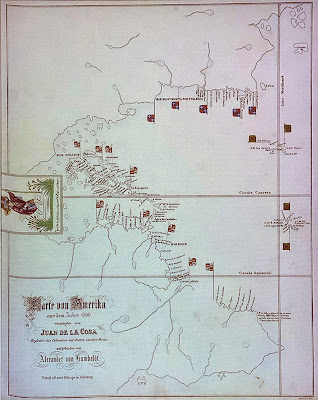 Dr. Stroble showed some relevant documents taken from the Bern edition. I was particularly thrilled by a map of America from 1500 found and published by von Humboldt. 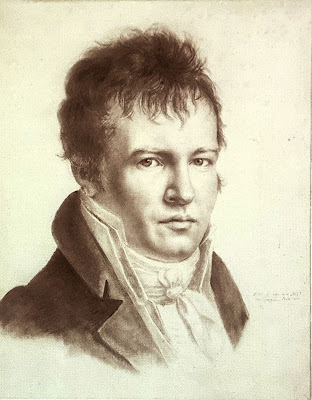 As a mother tongue, Alexander spoke French - his mother being a rich Huguenot from Berlin. So his self-portrait of 1814 shows un bel homme. 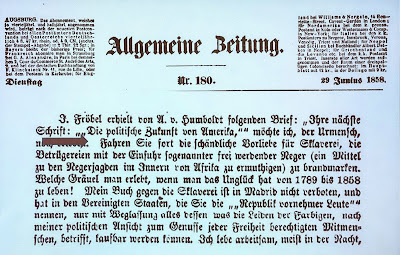 Von Humboldt's book against slavery is published in the States, although in an abridged version. 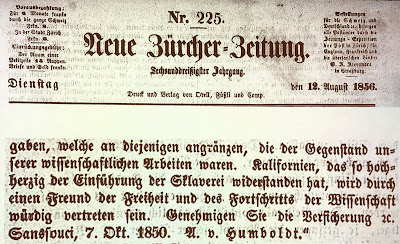 In an article in the Neue Zürcher-Zeitung von Humboldt sustains his liberal "expedition" colleague and Senator from California, John C. Frémont, in his fight against slavery. He also supported his friend in his bid for the US Presidency in 1856. Frémont lost. 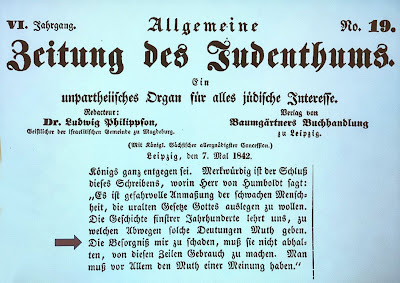 Concerning the Jews, von Humboldt denounces that in the dark centuries, Christian men/women went astray by interpreting God's age-old laws pretentiously. He did not know that the worst was still to come. 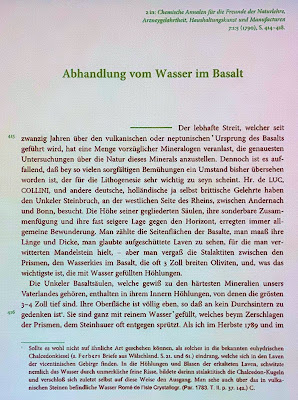 As Goethe von Humboldt too participates in the fight between Neptunists and Plutonists, e.g., about the question are basalt formations sediments, or are they of a volcanic origin? 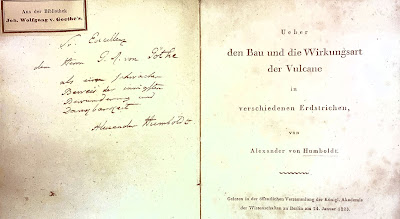 Here von Humboldt subserviently dedicated his work "About the construction and mode of action of the volcanoes" to the Titan in Weimar. 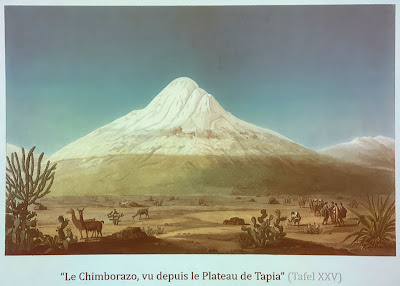 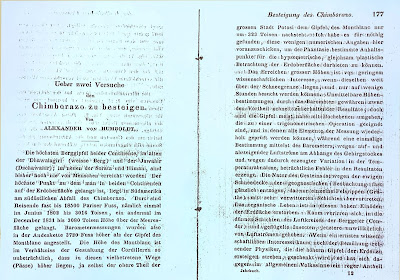 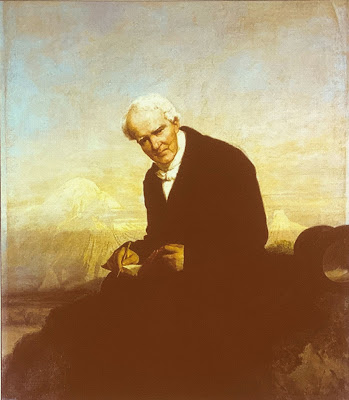 A painting of old von Humboldt with his object of desire in the background. 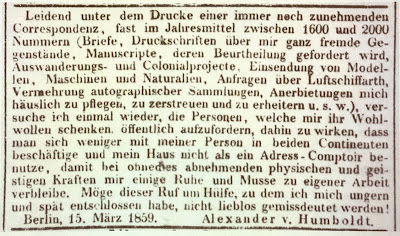 In his last writing, von Humboldt complained about his suffering from pressure by the number of letters he receives and begs for mercy. Twentyone days later, he died. What a genius!