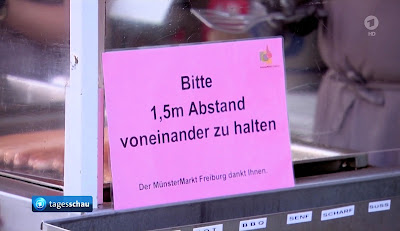 Yesterday, March 19, Red Baron went downtown to meet a friend in a restaurant for lunch. On my way, I took the following photo. 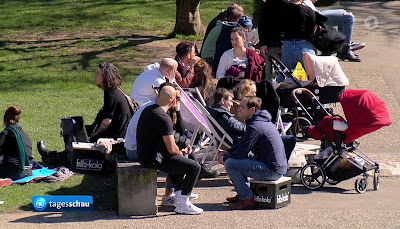 This was, however, not the case in Freiburg's parks and on the banks of the Dreisam River, where the young generation threw what is now called Corona parties.

This is why Freiburg‘s mayor was on national television yesterday evening.

For the first major city in Germany Martin Horn decreed:

From March 21 to April 3, residents are allowed to leave their houses or apartments only for urgent matters. Those who wish to stay outside may do so only alone, in pairs, or with persons who live in their own household. This is mandatory for all public places, i.e., parks, squares, and ... streets. A minimum distance of 1.50 meters must be kept from all other persons. One may, however, continue to go to work or to the doctor as well as shopping for food.

Justification: Less than a week ago, the city of Freiburg and the neighboring districts banned all events with 50 or more participants until 20 April. 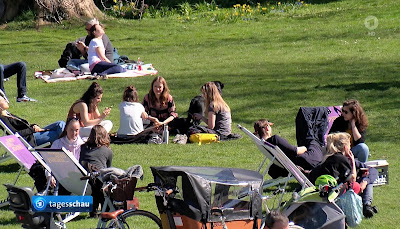 However, time and again, people had not complied with this general order and had not restricted their contacts with others. 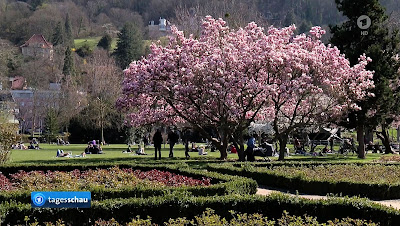 Especially in the springlike temperatures, many citizens spend their free time outdoors in public places, parks, and green spaces. The recommended distance between people is often not observed.

Life in Freiburg, with its young population, is grinding to a hold.

The restaurant we went to yesterday had only a few tables occupied, so distance wasn't a problem. All the pubs are closed, and all the places serving meals must close at 1800 hours. Das Geschäft bricht weg (business collapses). My generous tip does not really help. The restaurant owner told us that next week they will close for it is more profitable to ask for unemployment pay than to shoulder the costs that are not compensated by income. 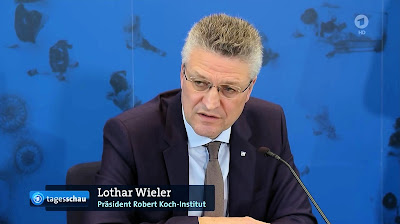 This morning in his daily press conference Professor Lothar Wieler, President of the Robert Koch Institute, again made clear the danger of the Corona pandemic and urged everybody to comply with the recommendations of his institute. While shaking hands is now definitely out, people still do not observe their local and social distances. Keep the distance, avoid the spread. 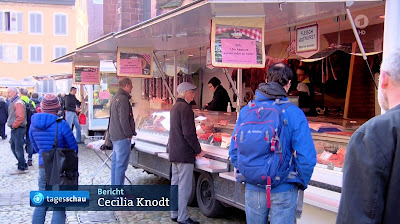 Distancing not too bad at Freiburg's Münster Market this morning ... 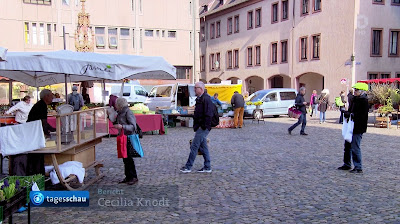 ... but even better in this case. Note, it can't be overdone. 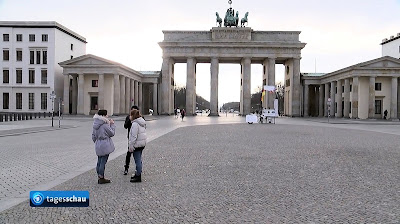 In our nation's capital. Three (!) people are standing too close on Pariser Platz. The tall white building on the left is the right wing of the US Embassy.

P.S.: This morning, Bavaria followed Freiburg's example on a State level. Besides, all restaurants will be closed even for lunch. Just a few moments ago, the State of Baden-Württemberg decreed the same draconic measures as Bavaria.
Eingestellt von Red Baron um 18:56