As expected all the Wagenburglers had not left by August 1. The police was just waiting for an escalation of the situation to move in and them out. About twenty left-autonomous trouble makers offered the opportunity at 1 a.m. last night when they started to erect barricades at the entrance to Vauban and set fire to them. 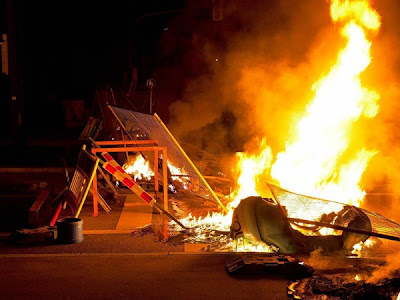 At 5:40 a.m. forty police-persons arrived with heavy clearing gear. They started lifting the sit-in and then moved on tearing down the remaining unoccupied rotten trailers and rusted buses. 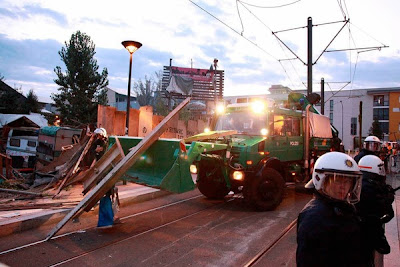 The Sambastas were back alright with shiny new drums and made an accompanying noise. 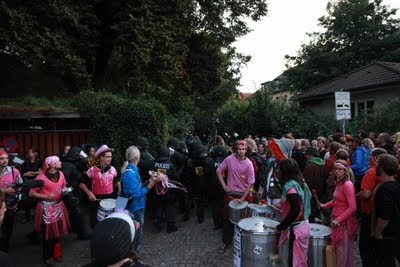 At 7:45 a.m. garbage collectors arrived and started cleaning the place. 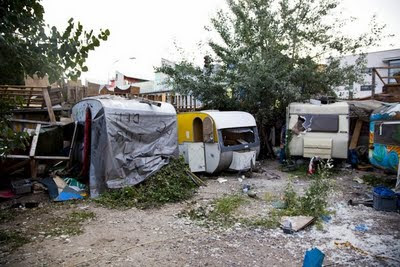 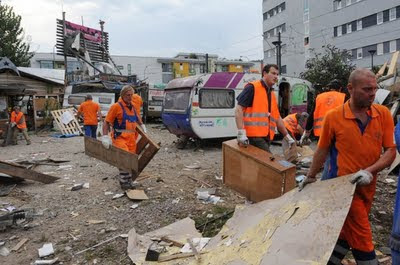 Later barriers were moved in to avoid a return of the Wagenburglers to the lot. One positive note at the end. It seems that nobody was hurt. 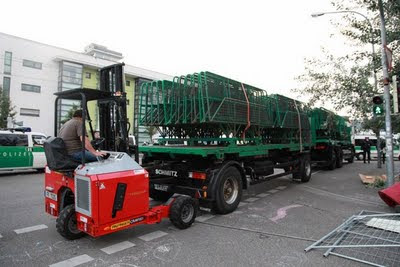 All photos were taken from the website of the ©Badische Zeitung.
Eingestellt von Red Baron um 15:17