Decided not to leave the task of throwing my old papers away to my children I was looking the other day through some photos my mother left behind when she died in 1996 at the age of ninety. I came across the postcard below I sent her from New York in 1986 showing the World Trade Center. 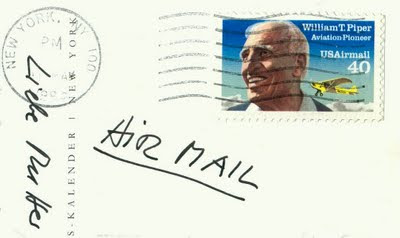 I remember at that time I had a drink at the bar of the top restaurant Windows of the World. The view from up there was exceptional. My glances drifted from the tip of Manhattan to Miss Liberty and the Verrazano Bridge, wanted to catch the full view not missing the slightest detail. Next time in New York I intended to impress my wife Elisabeth but bad luck. Following the 1993 bombing of the WTC basement the Windows of the World were closed. 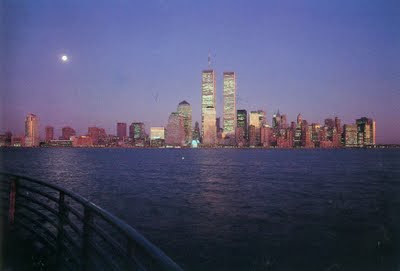 In 1998 I was feeling lonely and hungry in Manhattan after a long day spent at Brookhaven National Laboratory (BNL) discussing with colleagues. I hate to eat alone for sitting at a table eating and drinking should above all be social togetherness. But this time instead of eating a hot dog out of my hand I wanted to get the full treat and decided to visit the WTC again. I went up to the Windows of the World restaurant and ordered an American cut prime steak. Although I took one of medium weight I couldn't finish my dish not being accustomed to such quantities of meat.

On September 11, 2001 I was sitting in my garden in Meyrin (Geneva) enjoying my retirement in the mild afternoon autumn sun when the telephone rang. My son could hardly speak: Papa, switch on your TV. A plane has crashed into the World Trade Center. I saw one of the WTC-towers emitting smoke but the correspondent of German television talking from New York could not make out what was going on. Suddenly a plane appeared on and disappeared from the screen. It had smashed into the second tower. This happened shortly after 3 p.m. As the German voice on my TV started to panic I switched to CNN. As time went by I learned that four US heavily fueled long flight carriers had been hijacked by terrorist commandos early in the morning and used as firebombs. I sat up the whole night listening and watching,  horrified. What I experienced was beyond my imagination. I could and would not believe what I saw. Like in the case of Pearl Harbor America had again been maliciously attacked.

Only a few days later I realized that I had been witness of one of those dates that changed the world.
Eingestellt von Red Baron um 09:59