The City that Never Sleeps

Red Baron likes to wake up in the city that never sleeps. Last Saturday, when I awoke in my son's apartment in Manhattan - too early - I looked out of the window and admired the new building of the World Trade Center and, in particular, Miss Liberty and Ellis Island in the distance. It was there where some of the Höferts had entered the States at the end of the 19th century. 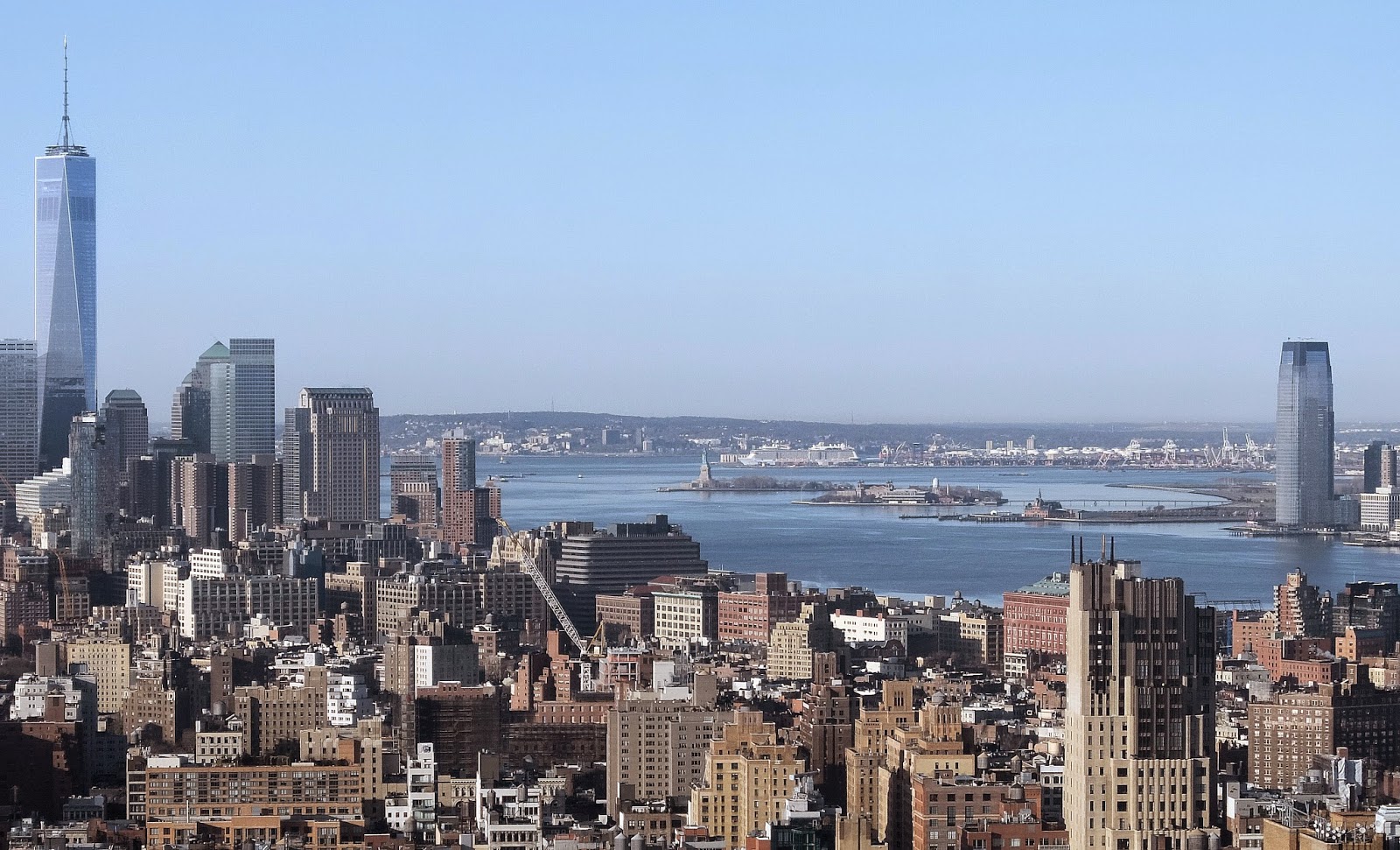 Yes, I still remember my first trip to the States in 1957 when my father had made contact with a cousin living on Long Island. He came to Manhattan one evening, and we met in a restaurant. The cousin only spoke rudimentary German, whereas my father had never learned English. So I tried hard to get a conversation going stretching my school English. But that is history.

I forget about blogging when I am with my son. I rather like to profit from his wisdom and knowledge. Our conversations are usually intense, both knowing that we cannot solve the problems of this world. Two dates are always fixed during my visits to New York: Dinner at the Redeye Grill and an evening of Jazz. On our way to the restaurant (it was already dark), my son took a photo of me manspreading "on" the Bad Men Monument. 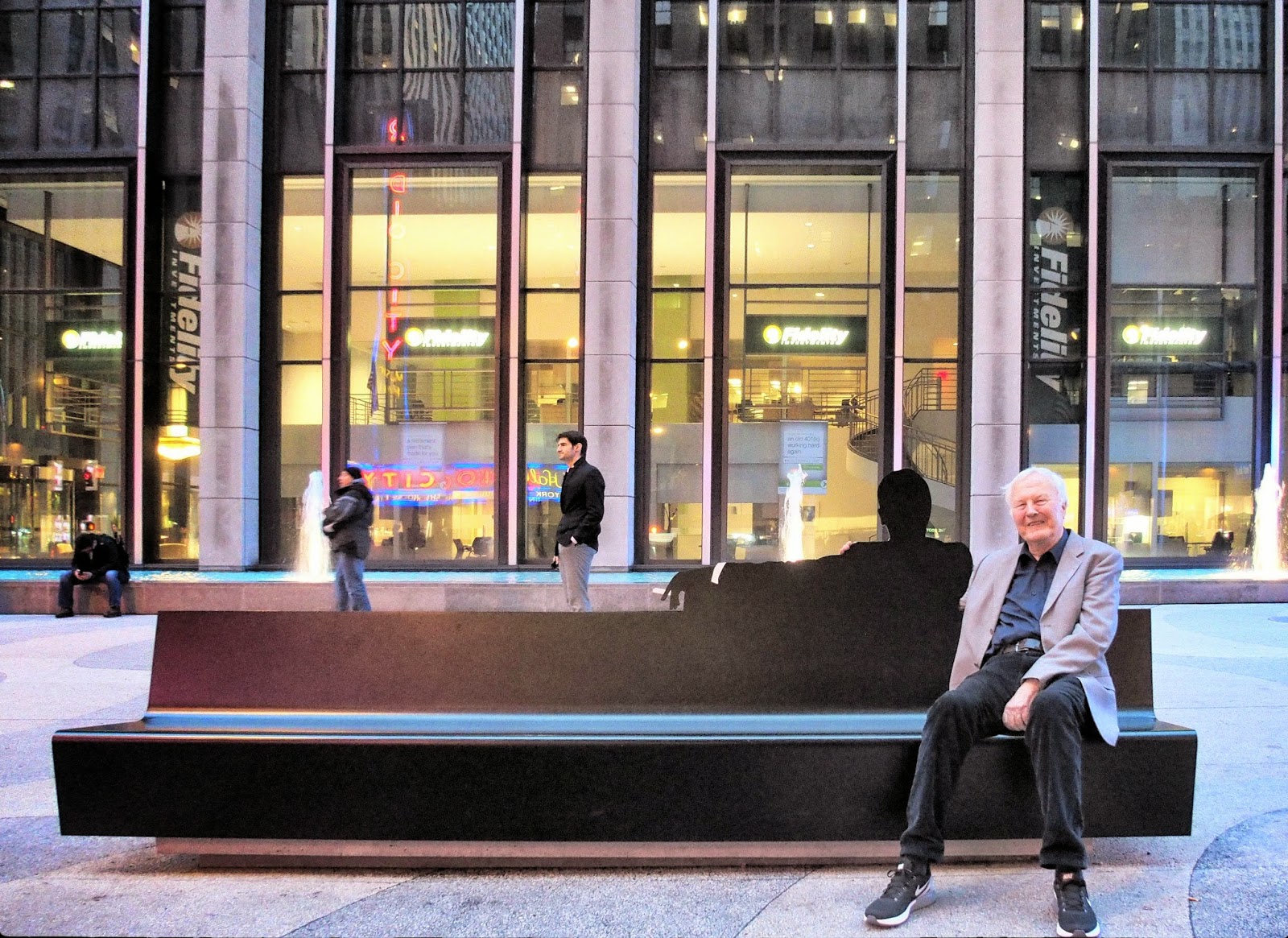 At the Redeye Grill, I had my usual lobster that was exceptionally big this time*. Red Baron forgot about his cholesterol, and the green sauce served with the lobster in dipping the delicious bites in liquid butter while my son enjoyed his usual tuna. We had good memories of a bottle of Holy Cow from Washington State on a previous occasion, but the wine was no longer on the list. This time we downed our meals with a bottle of Sauvignon blanc from the Cakebread Cellars.
*I read that presently there is an overproduction of lobster on the Atlantic coast, but I did not notice a price slump on the bill. 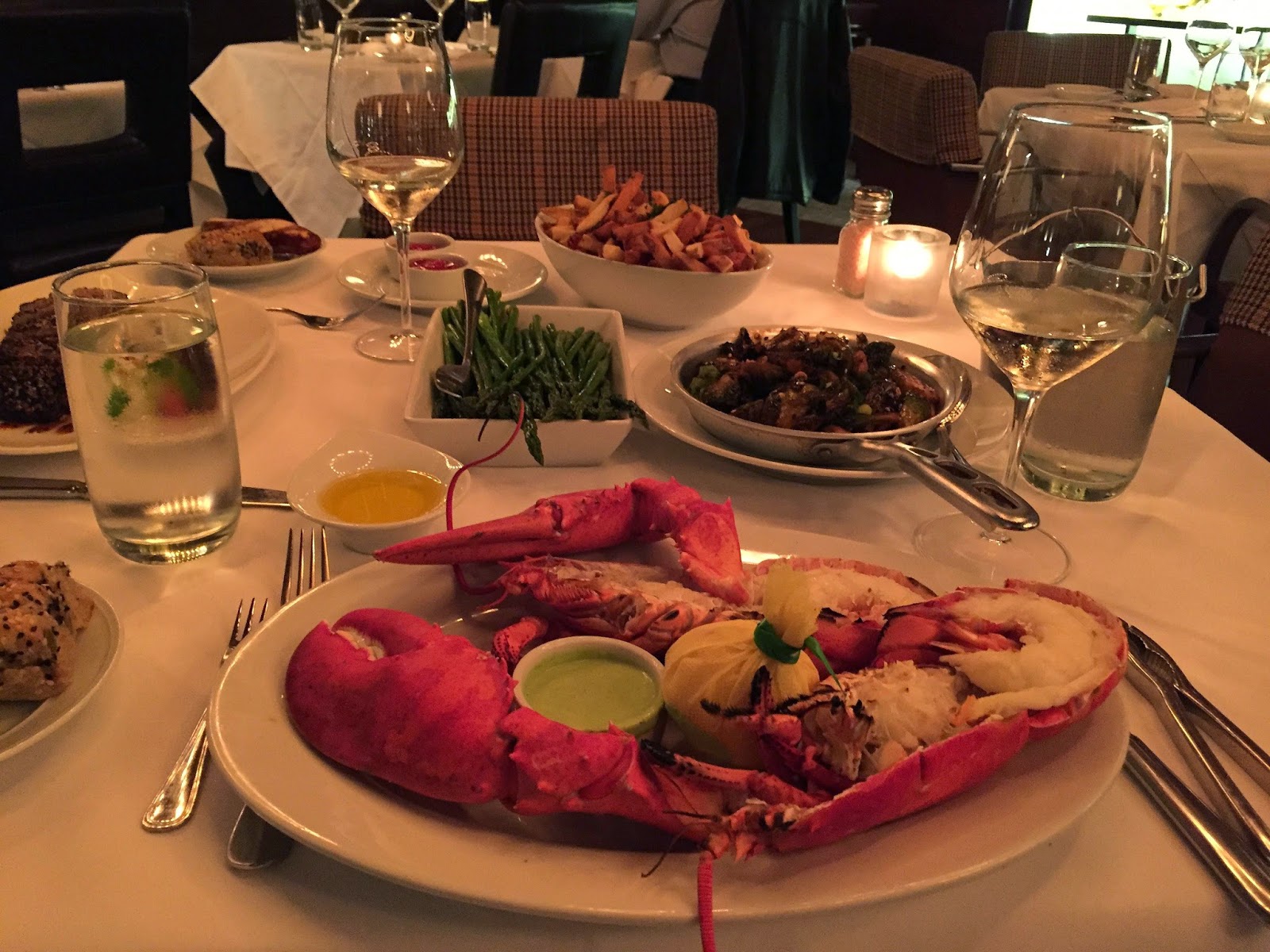 While I know the "official" New York so well, my son always likes to show me rather "non-tourist" places in New York he has discovered.

On Saturday, we went to East Village, formerly known as Little Germany. On our way had a drink at one of the oldest pubs in Manhattan, McSorley's Old Ale House: 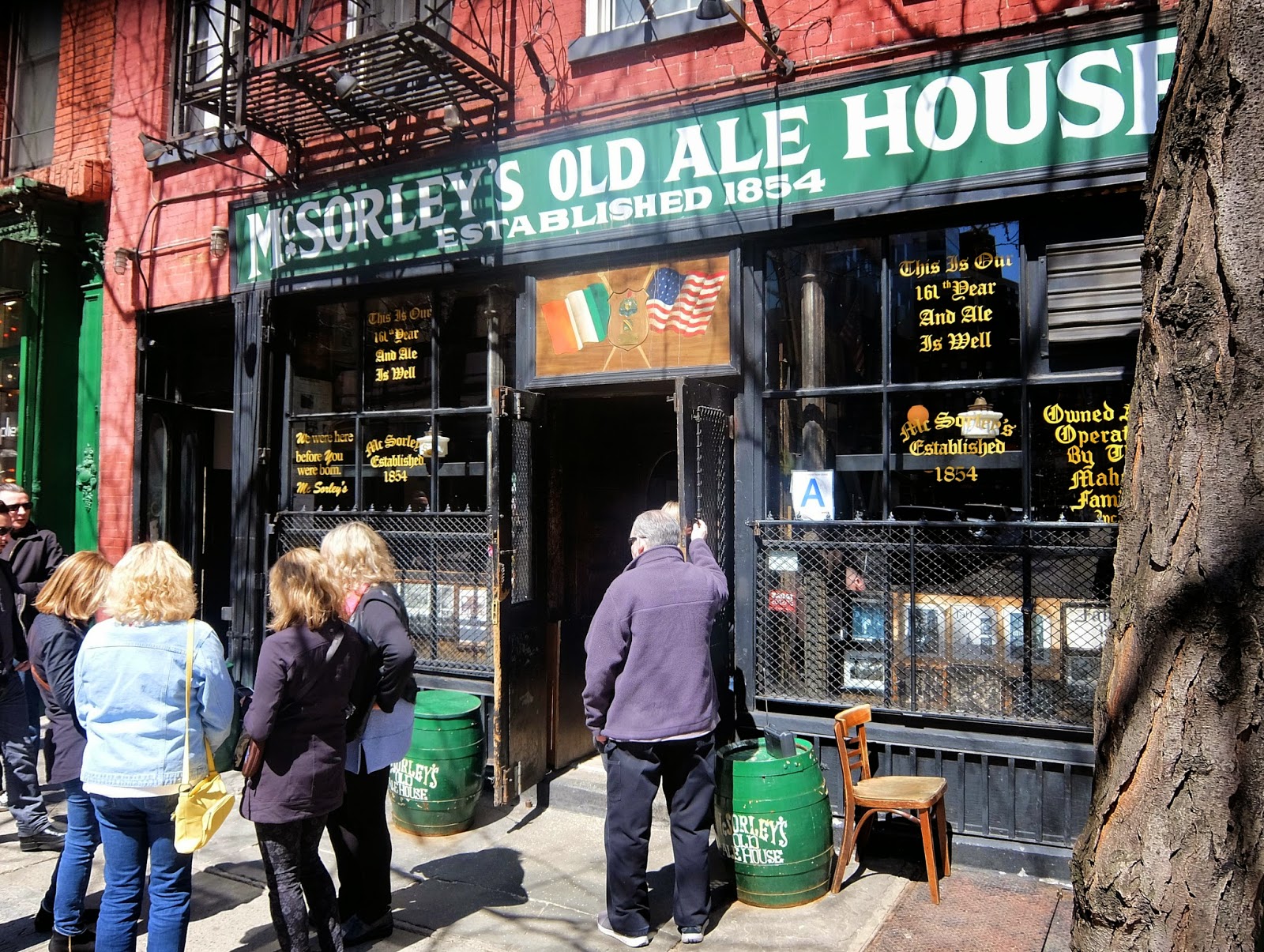 There we were in good company: 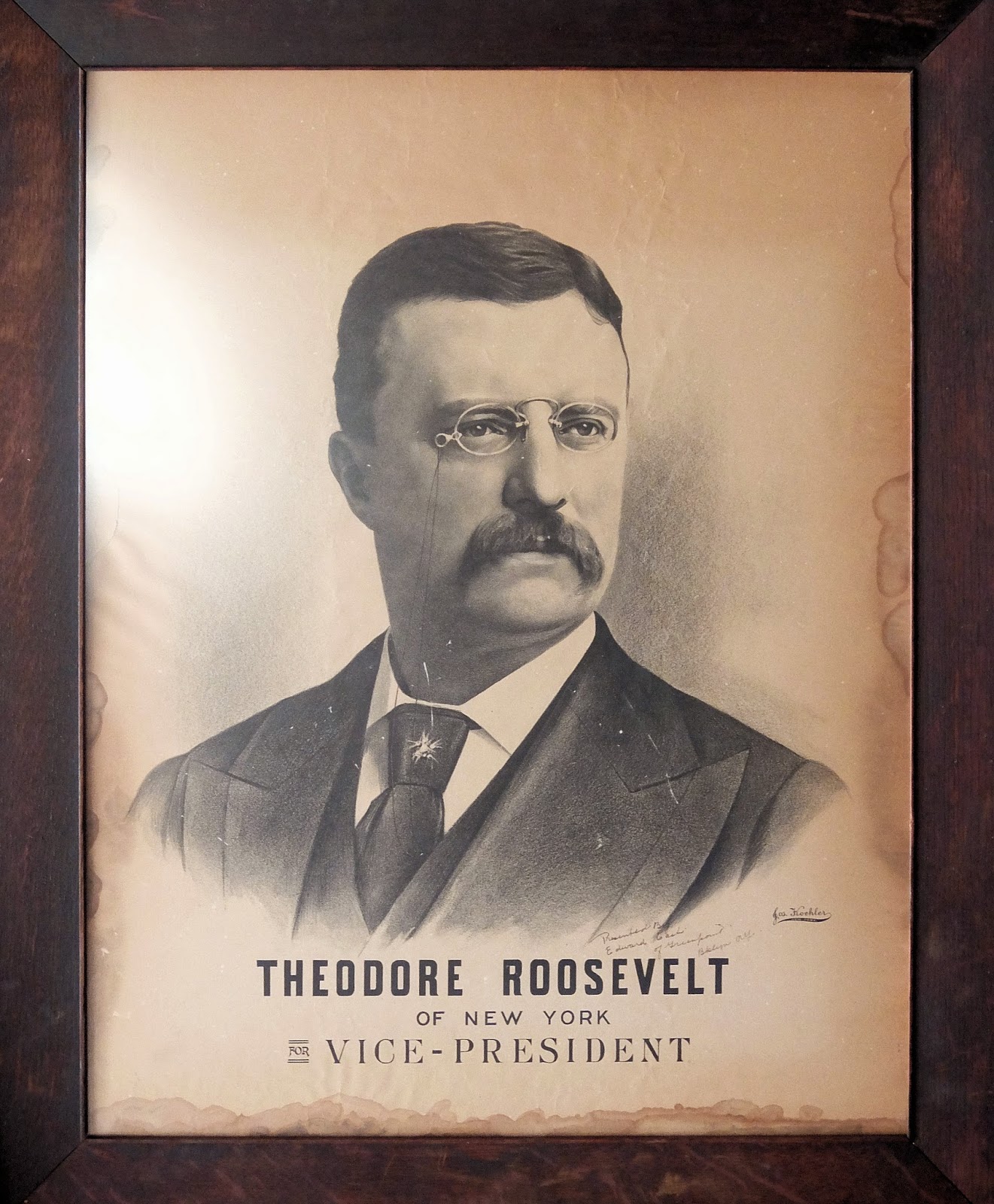 Then we passed houses built at the end of the 19th century, 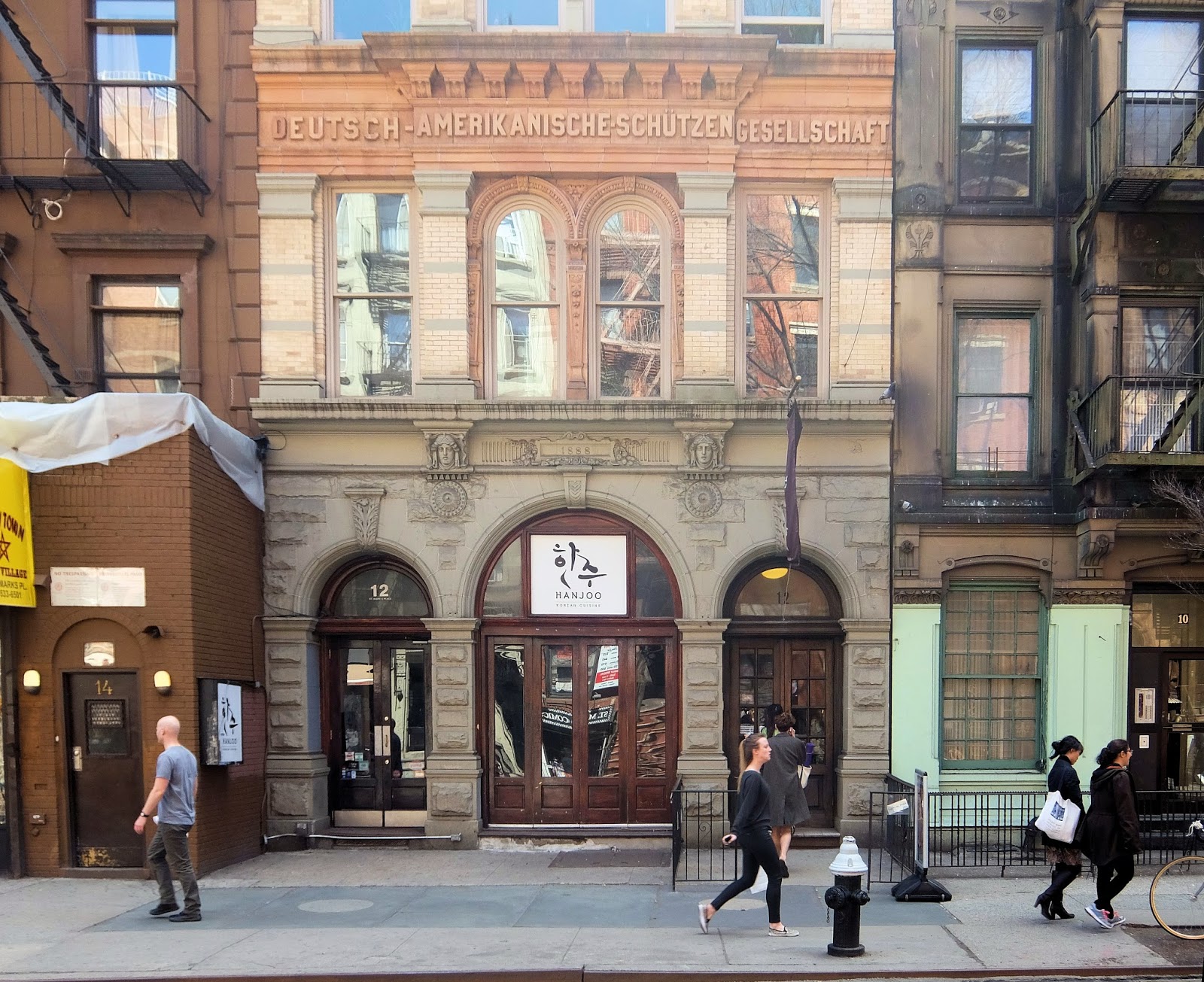 the Exhibition of the American Gangster, 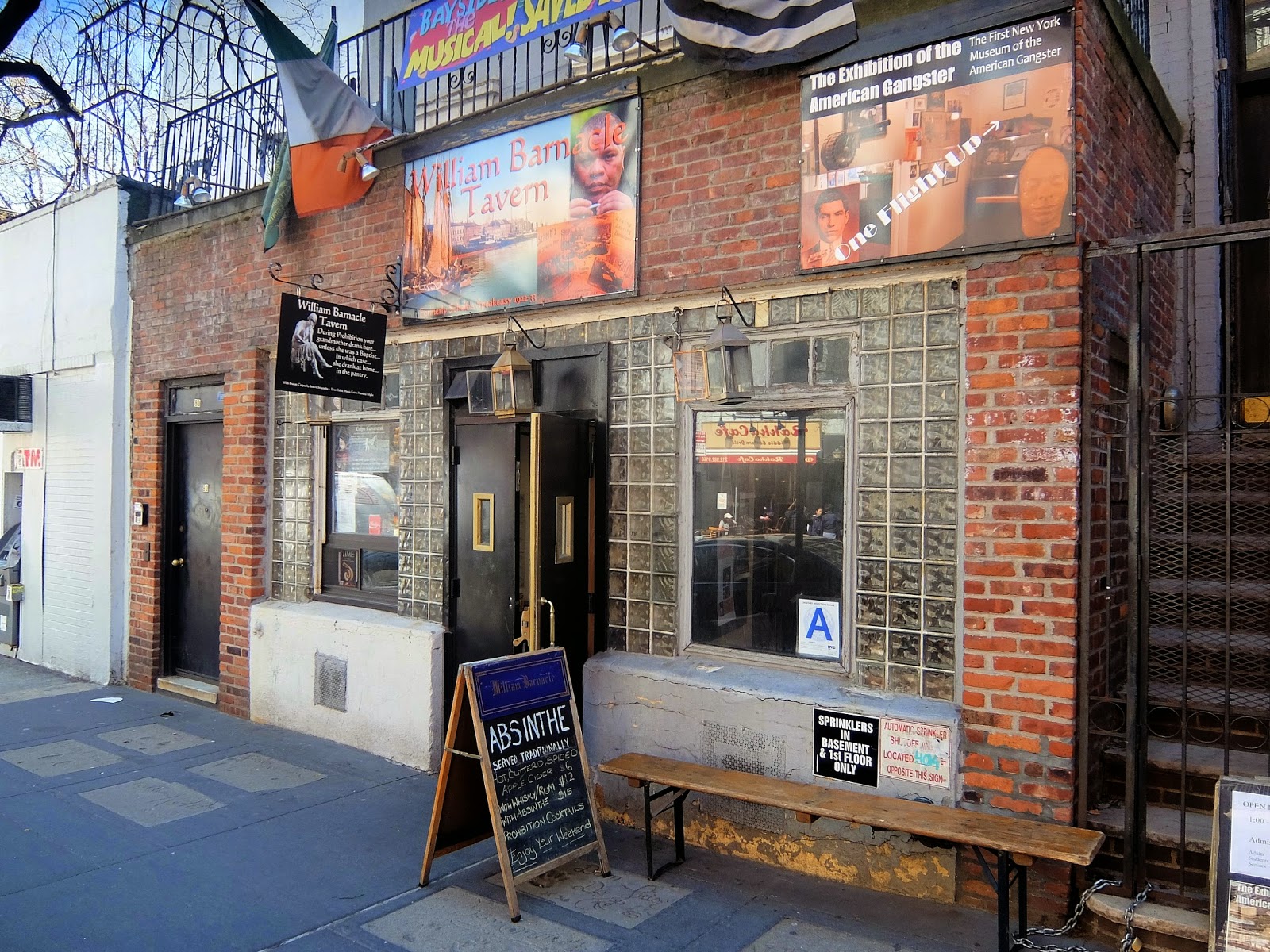 paid tribute to the great Charlie Parker at his former residence, 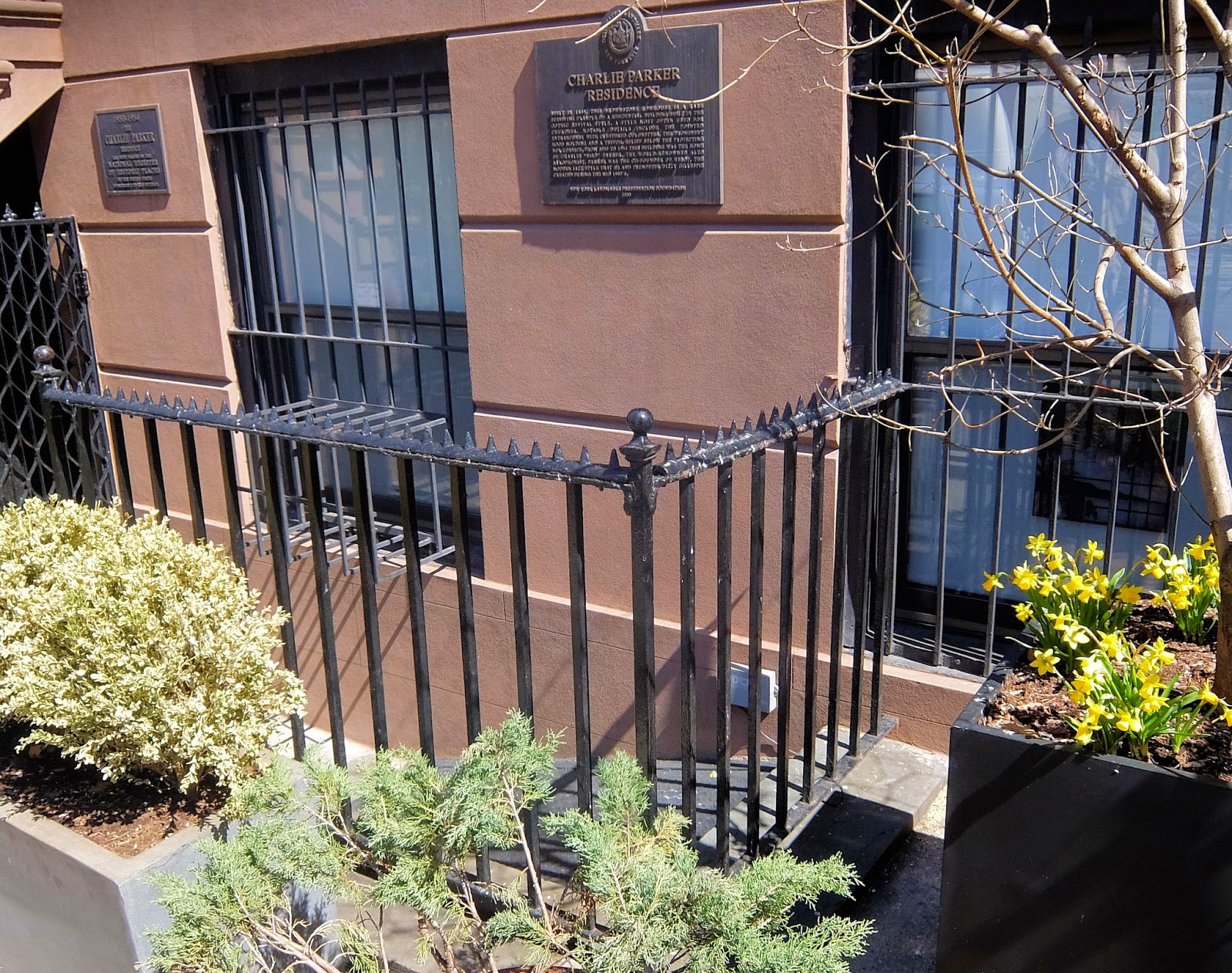 commemorated in Tompkins Square Park the disaster of Passenger Steamboat General Slocum on the East River on June 15, 1904,  where more than 1000 passengers from Little Germany on their way to a Lutheran church picnic perished, 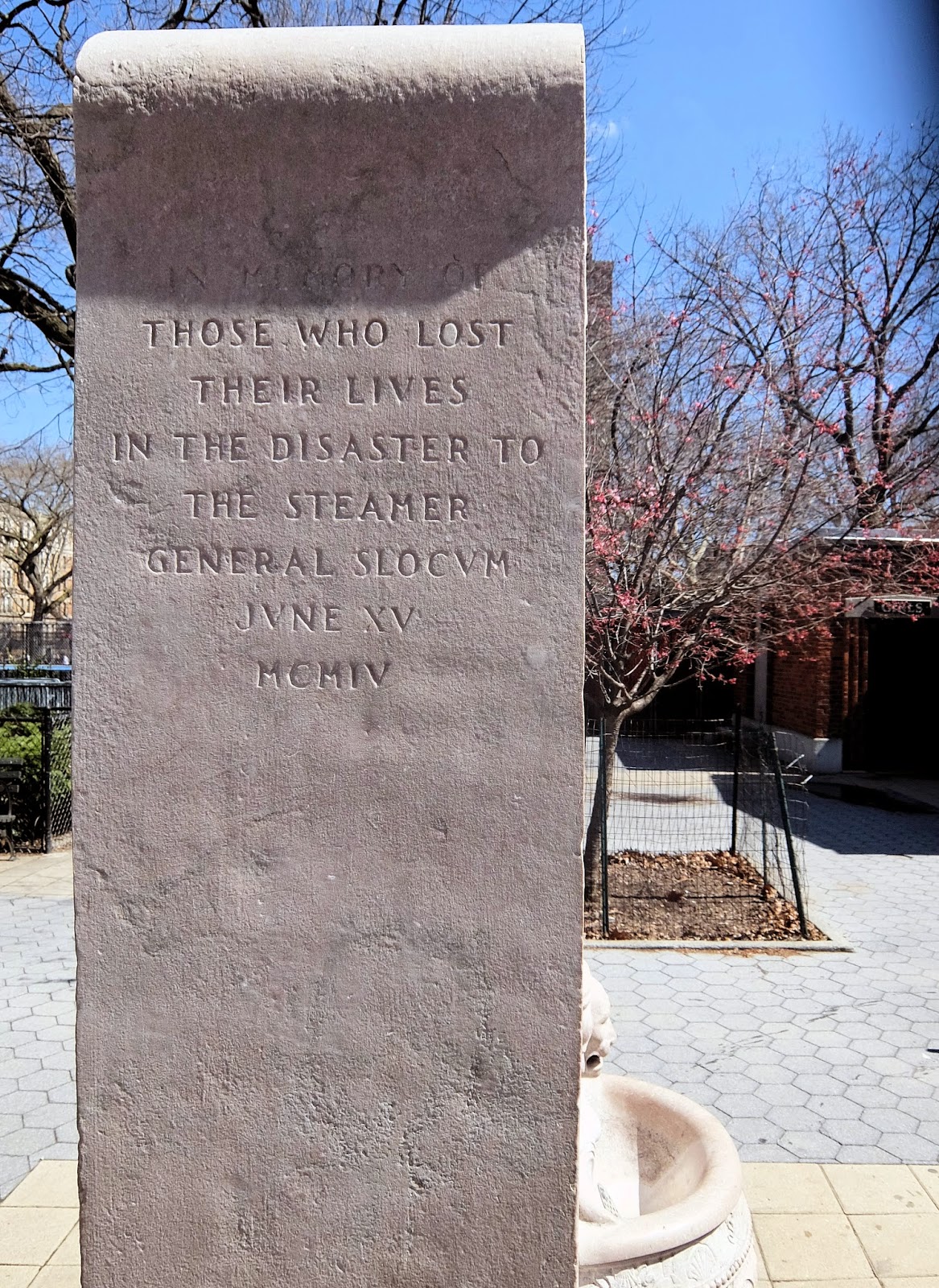 and eventually had lunch at a Bavarian-style restaurant, Zum Schneider, on Avenue C, E 7 Street. 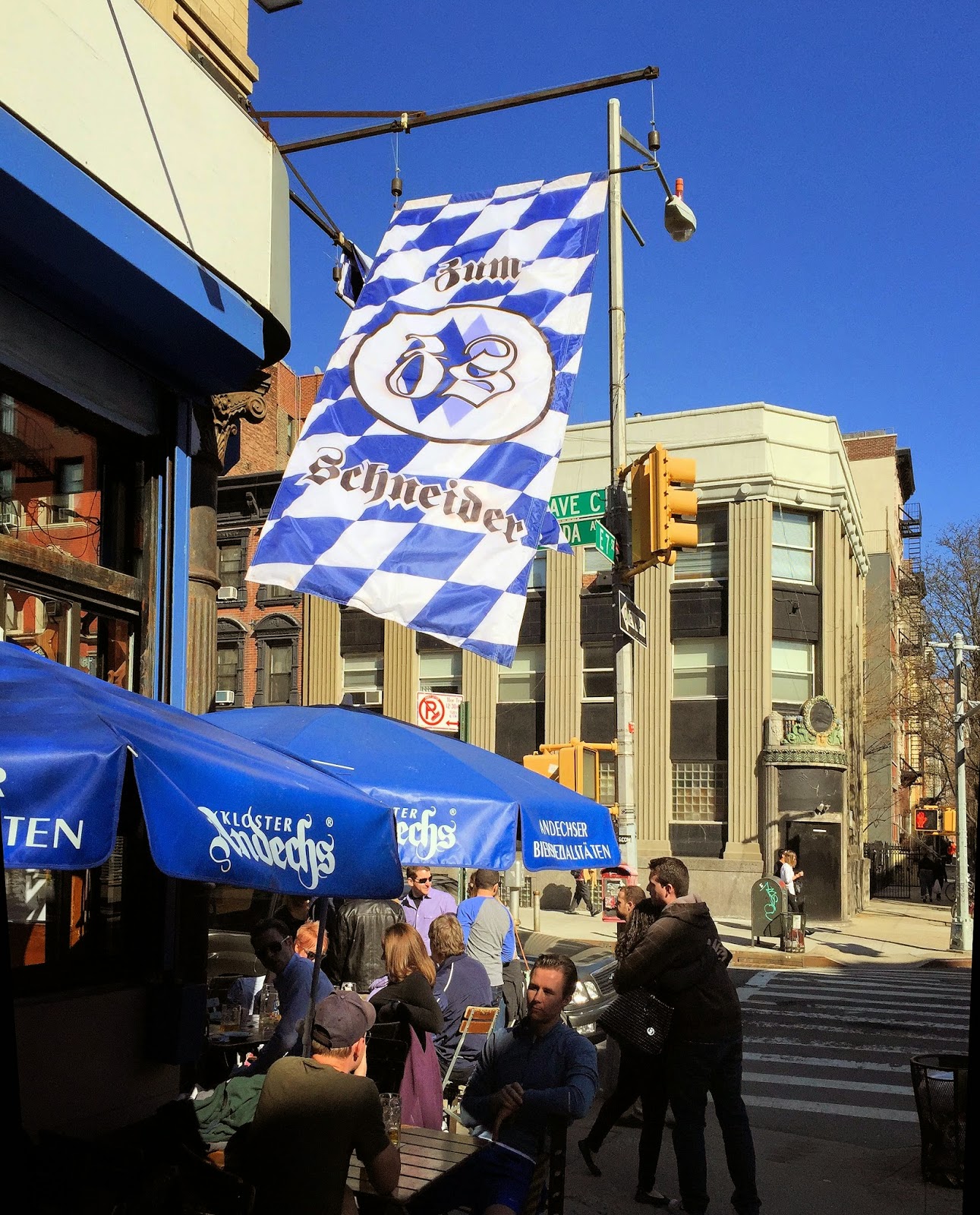 The restaurant was overcrowded. We just found two seats at a table packed with Americans who already had a couple of beers. My son and I ordered Radi and Reibekuchen: 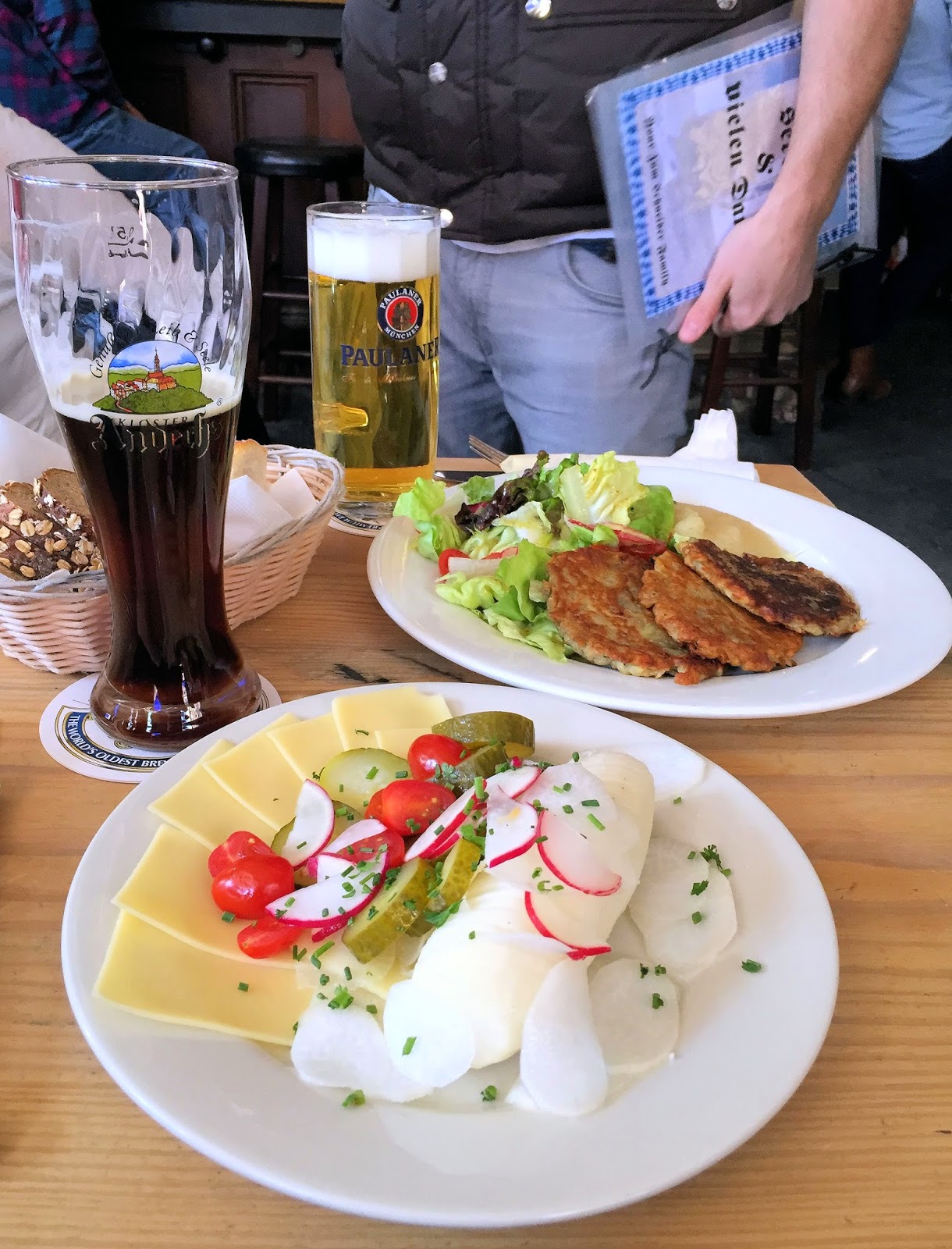 We were impressed when a lady on our table not only ordered a Schweinshaxn but dug into the fatty food with healthy (?) appetite: 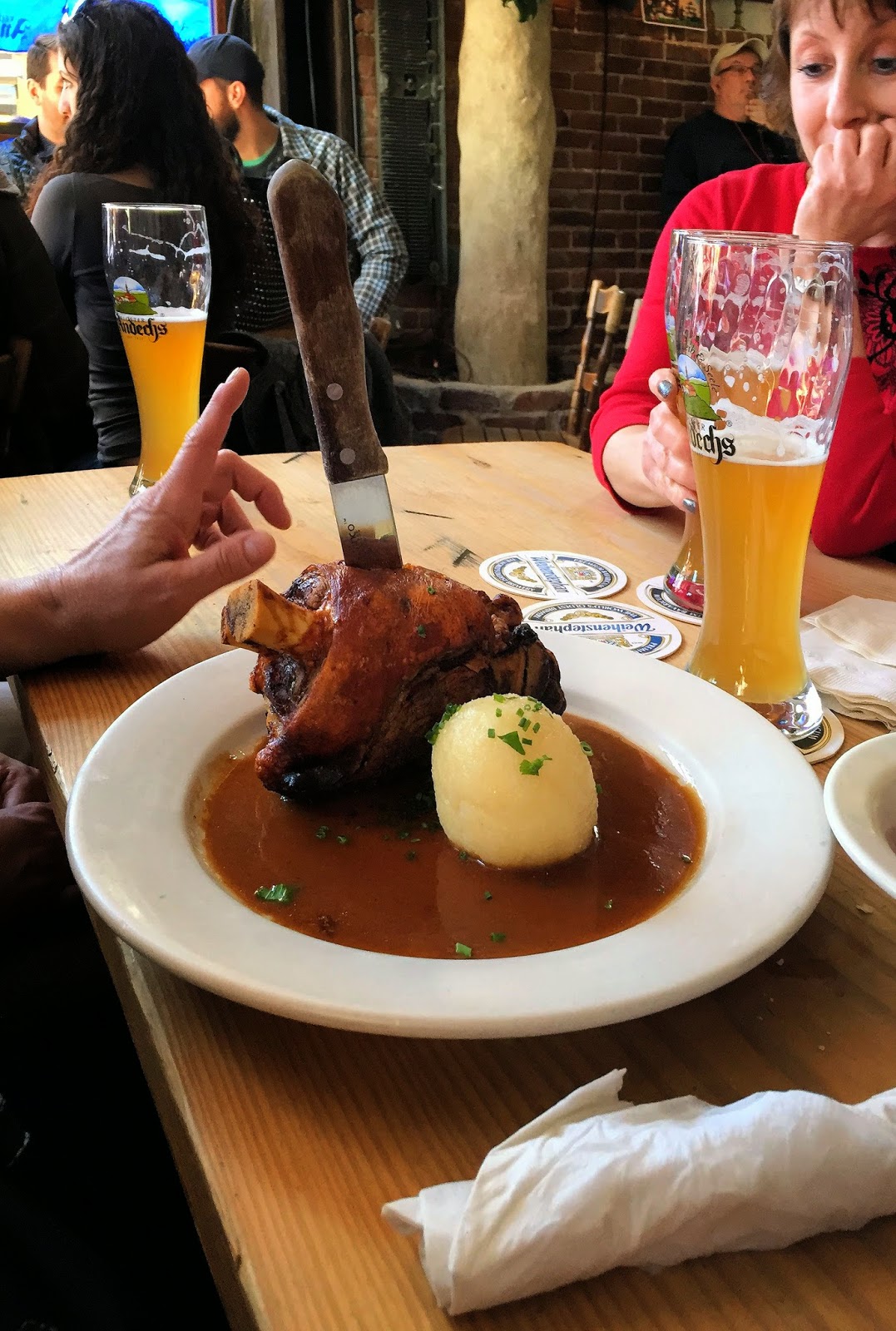 At Zum Schneider, the selection of German beers on tap is impressive. I immediately sent an e-mail to my friend Kendall Schneider to make him aware of the place belonging to his clan?


On Saturday evening, we listened (no photos allowed) to a jazz performance of the Heath Brothers at the Village Vanguard with 88-year-old Jimmy Heath (tenor and soprano saxophone), his brother Albert "Tootie" Heath, about my age, (drums), Michael Weiss (piano), and David Wong (bass). Jimmy also is a former professor of Jazz at the City University of New York and is a composer. He started the session by saying that he was eight years older than the Village Vanguard. Red Baron admired those old hands still having fun with their instruments and the public.


Another highlight of my stay was the visit to the Black Forest Brooklyn on Sunday. I had blogged about the start-up of the restaurant in January and went there to try the Black Forest cake where Ayana and Tobias Holler had so many problems finding the right cherries in the States. 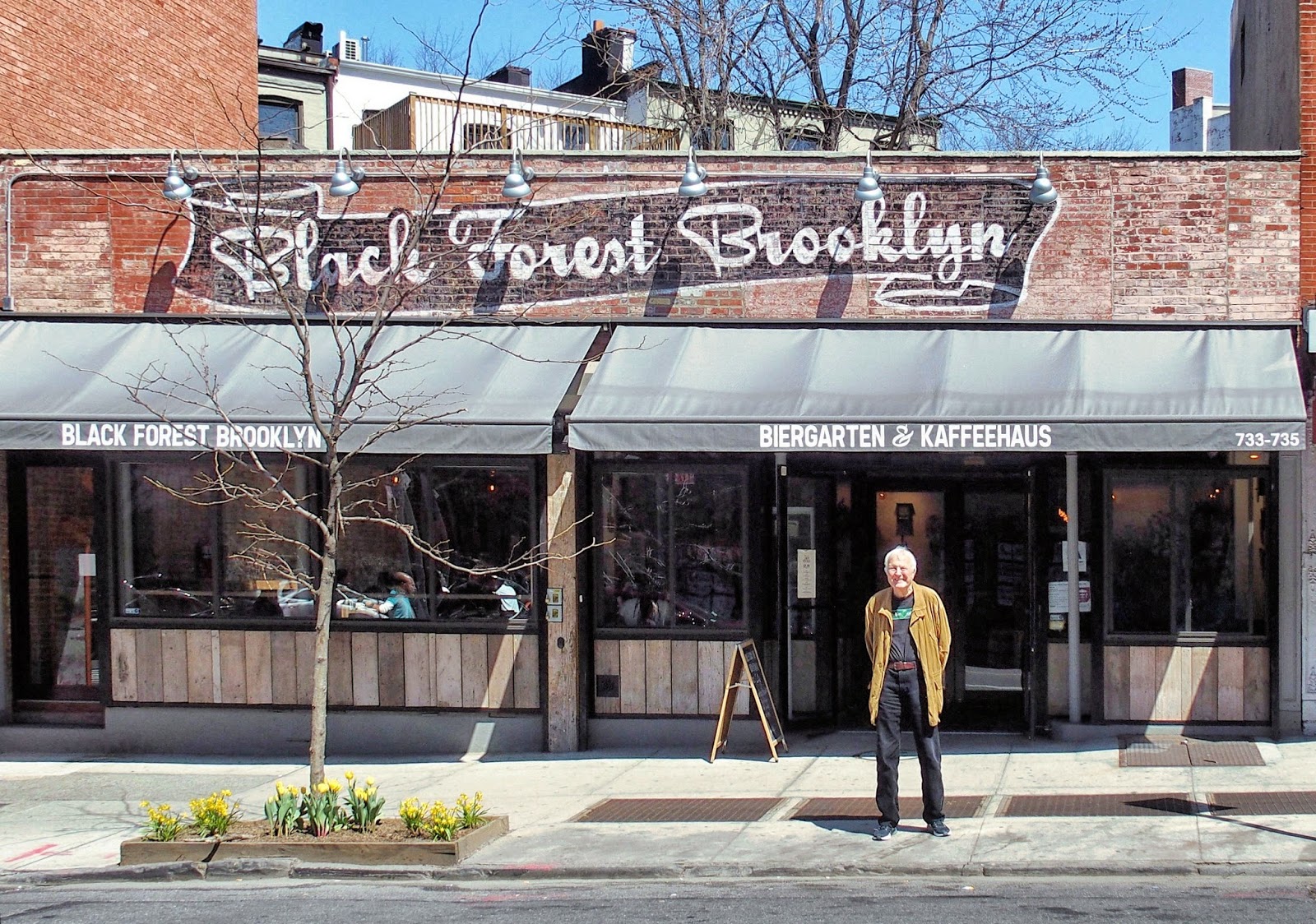 The cake smelled so good that I forgot to take a photo until I had eaten half of it. But the necessary cherry is still there. 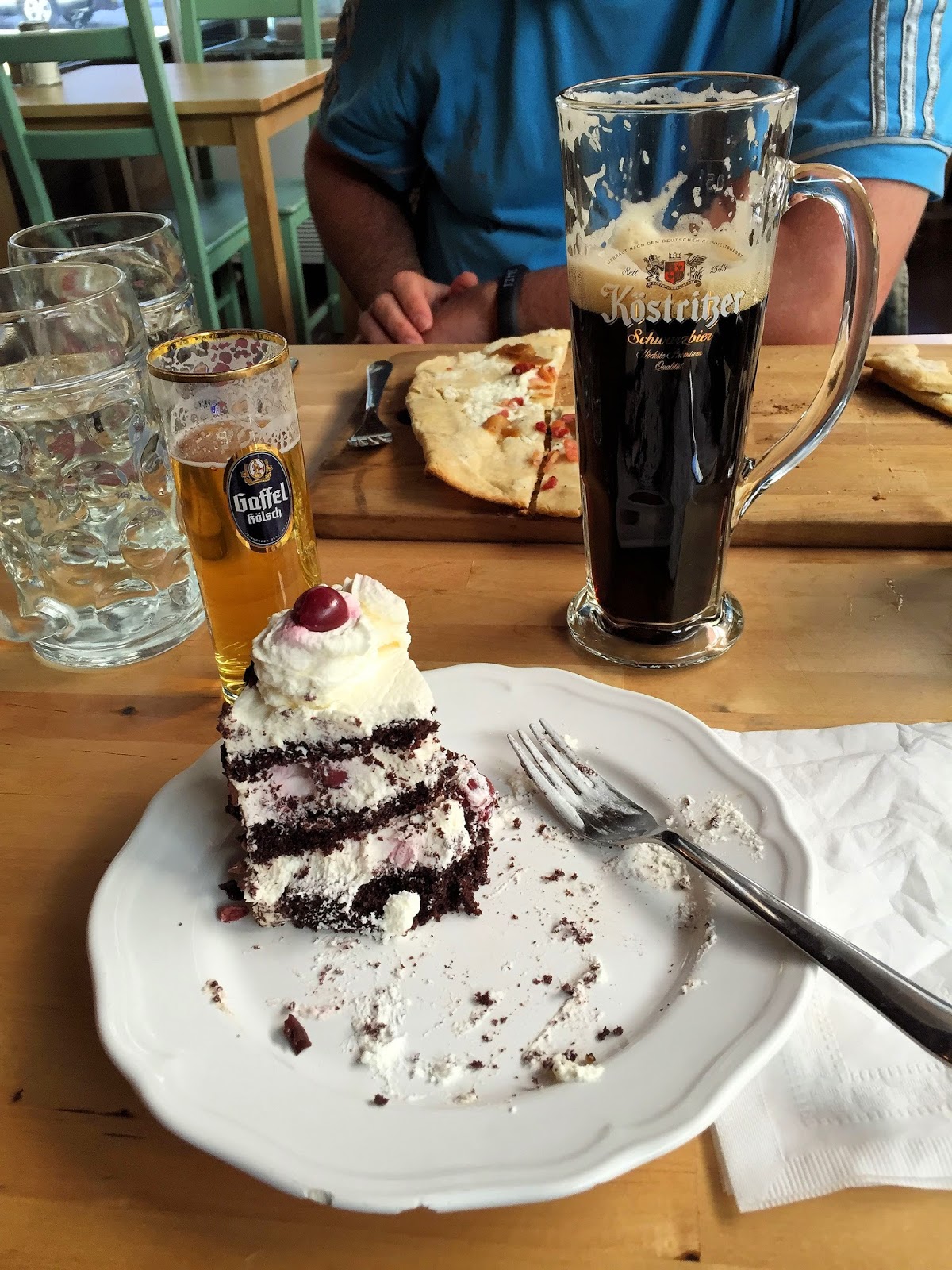 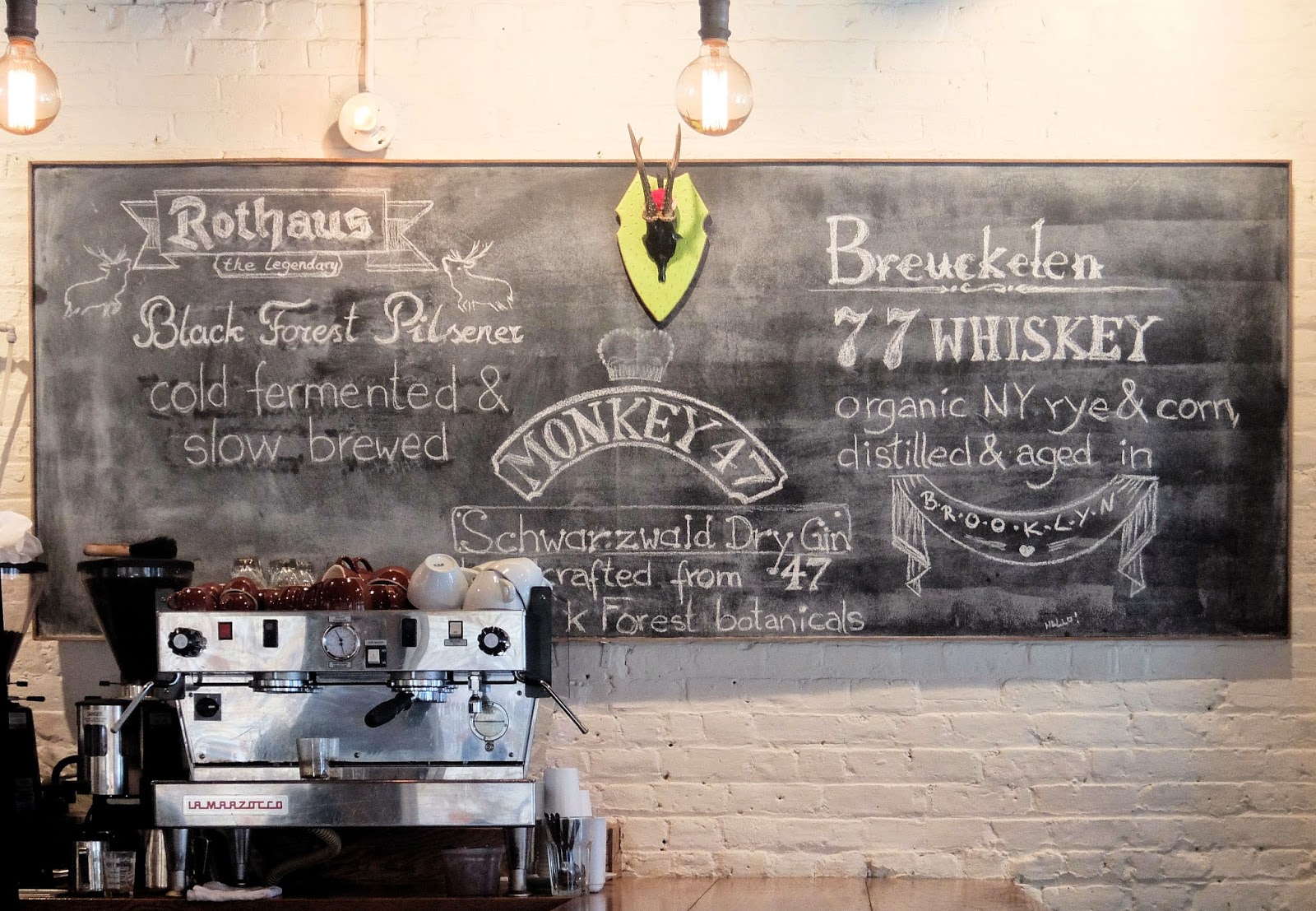 What a difference between Manhattan and Brooklyn. Here those canyons of steel; there you have broad streets lined with trees and three to four-story buildings. In Manhattan, a hectic life, even on Sundays with all those tourists, in downtown Brooklyn there is a stress-free, friendly, and spacious neighborhood. Enjoy the picture gallery:

Our afternoon ended on Coney Island: 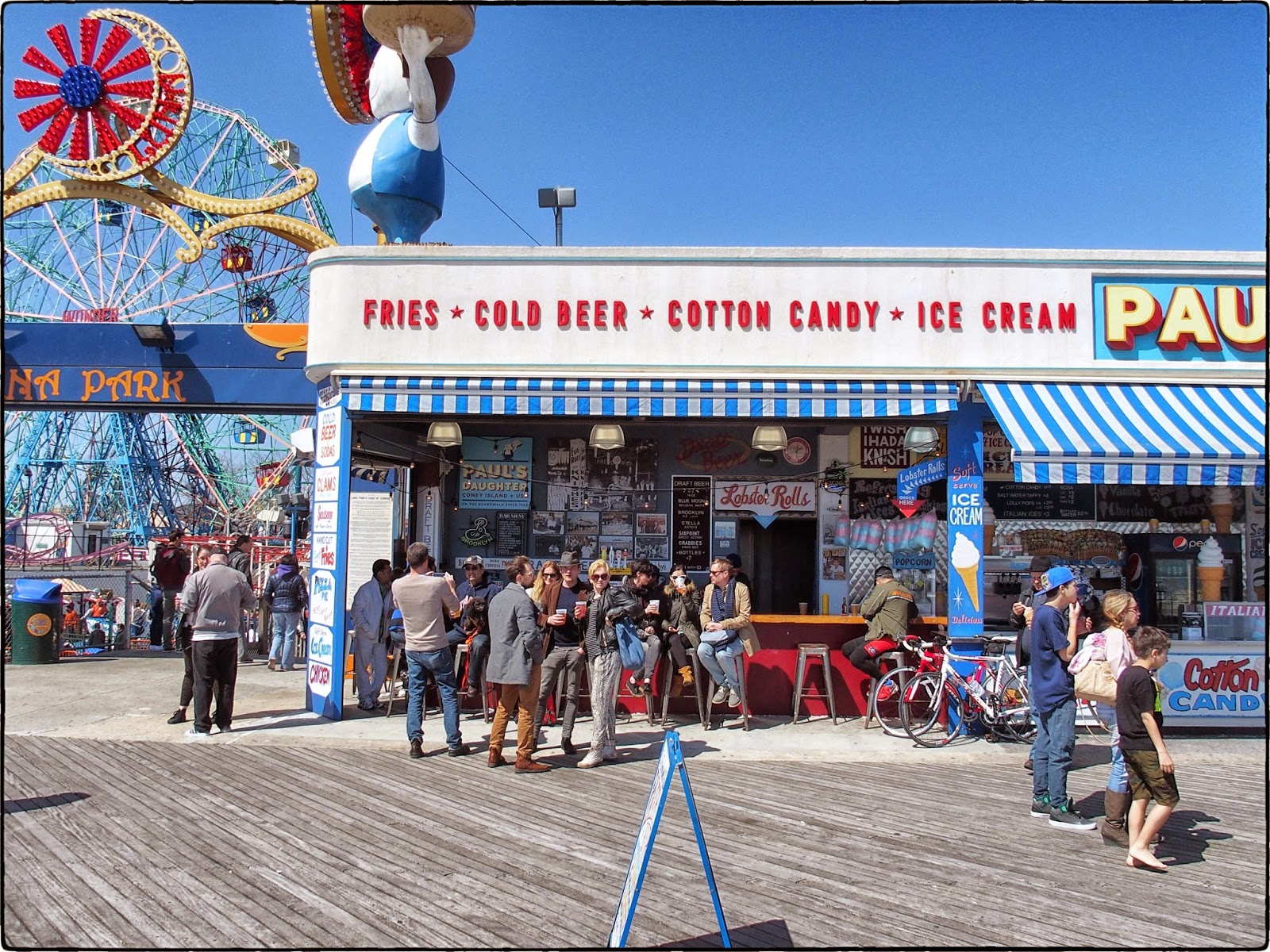 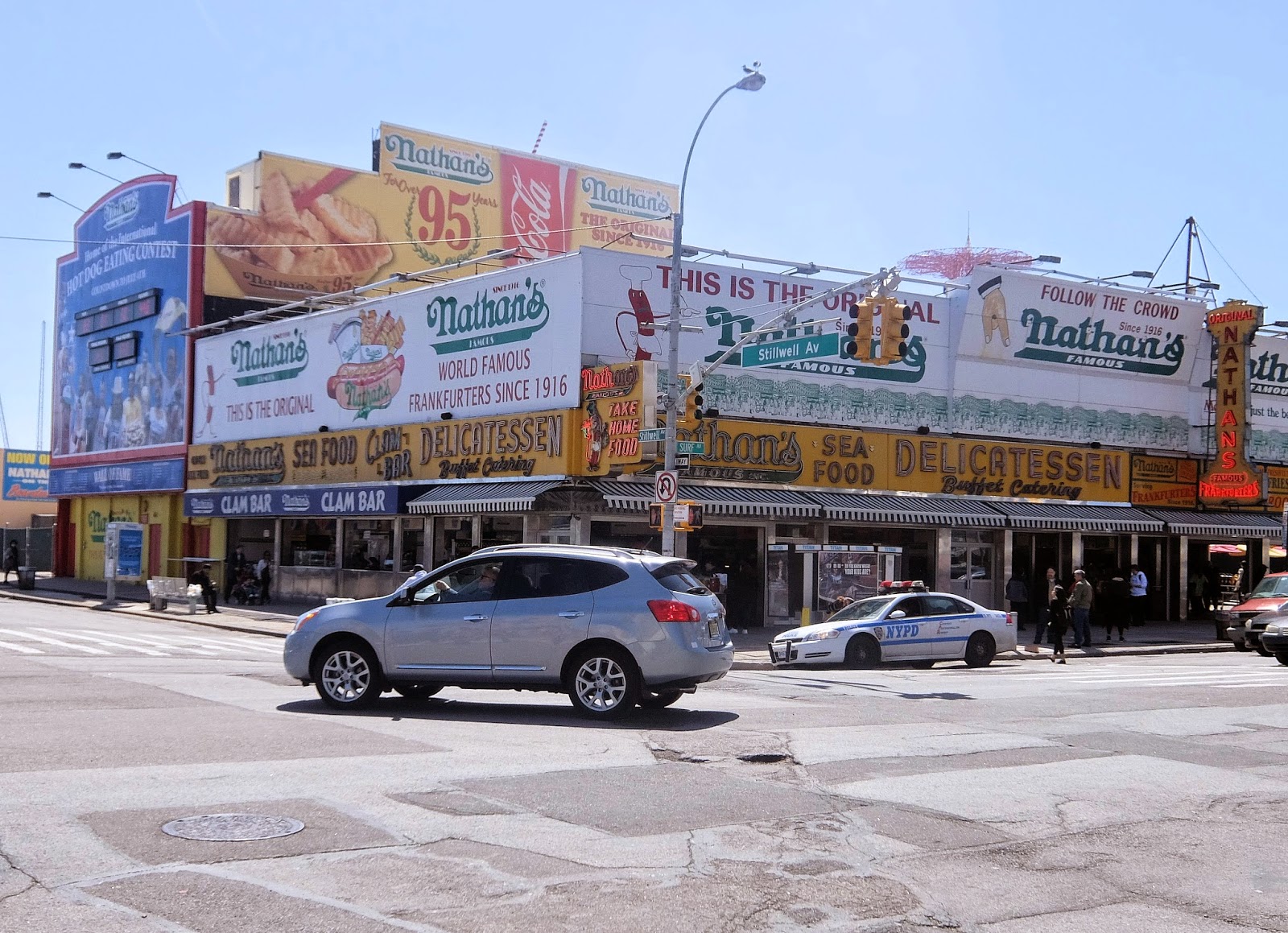 On our way back home, we strolled along the 6th avenue street market with impressive smoked turkey drums. 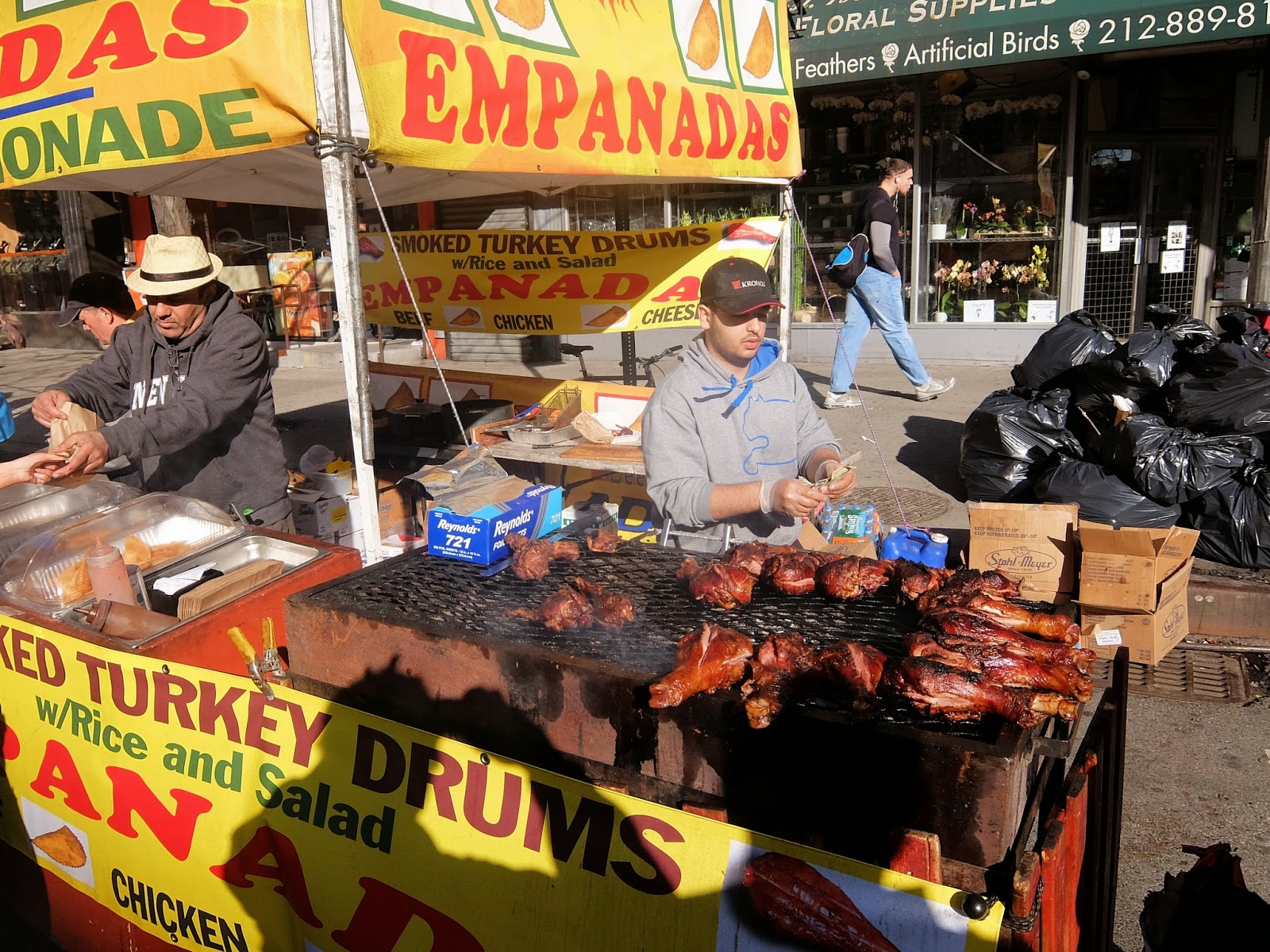 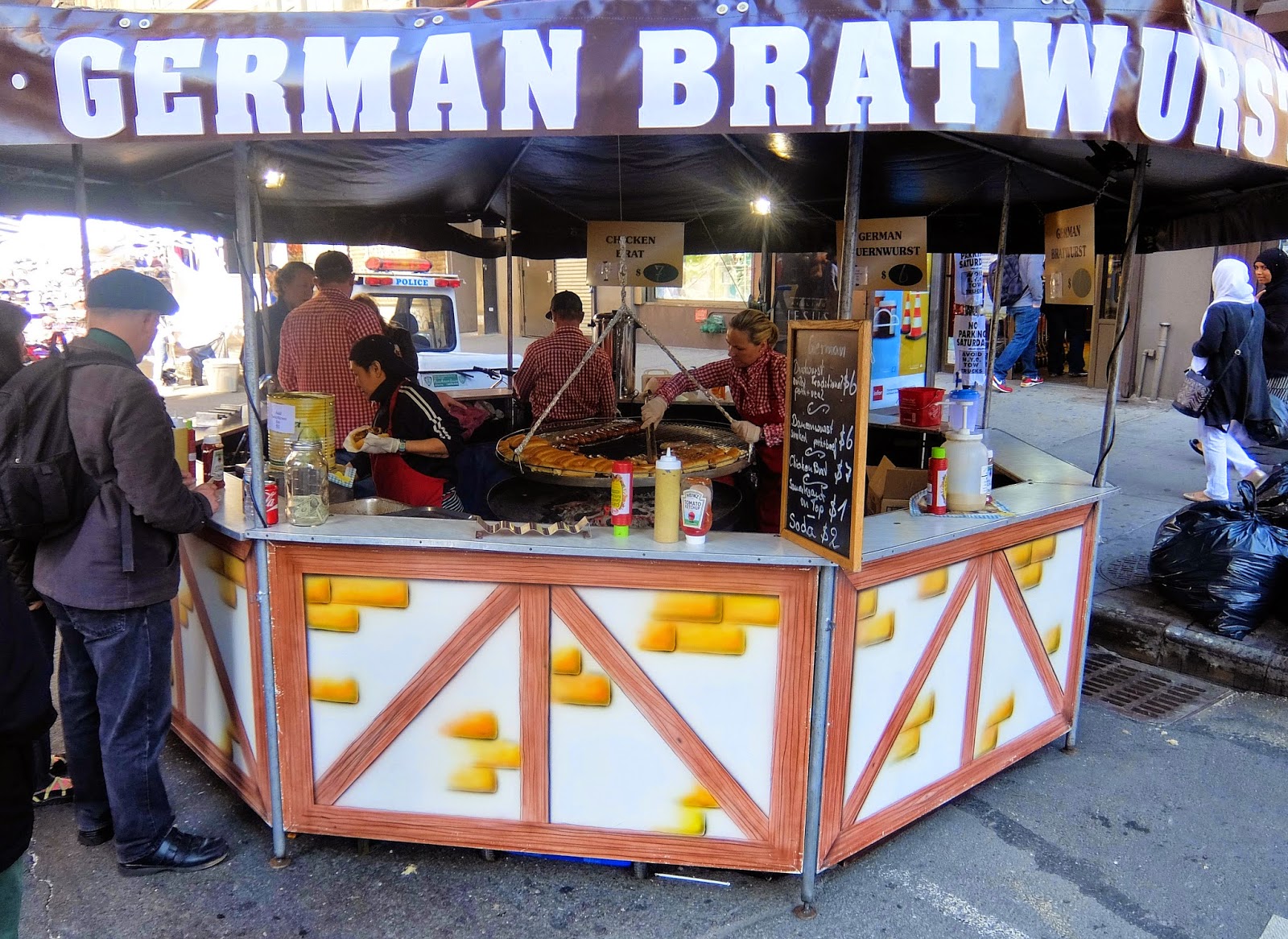