Color Doesn't Matter, We All Breathe

The Holocaust on our conscience, we Germans should be the last to speak out on racism.

When I saw on German television the disturbing pictures of the tortured man in distress, begging for his life, I spontaneously cried out loud: Nein! I was deeply moved and shaken.

Friday morning, Freiburg citizens placed a commemorative plaque in the center of the city bearing the inscription: "Racism kills - in memory of all victims of racist violence". I read in the Badische Zeitung, "The responsible people surely want to set a clear signal against racism and police violence and show solidarity with those affected." 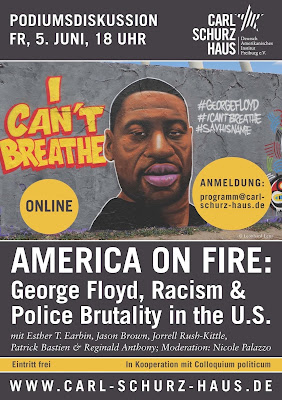 African-American panel members told the audience about their experience with cops in the streets of the States, pulling them over. Luckily there hadn't been any violence against these witnesses, but compared to the behavior of the German traffic police, the depictions still were grim.

If German cops pull over a colored person, they are incredibly polite because they were told so, "Germany is a liberal country. Minorities are pampered, not just protected." 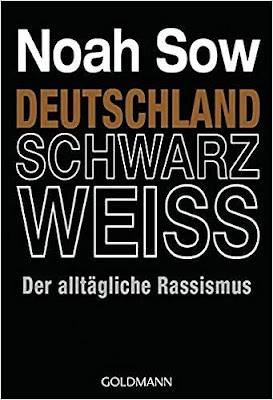 Friends, don't be mistaken! There is an existing and increasing subliminal racism in Germany erupting from time to time. Whenever such an outbreak of violence does occurr, federal, state, and local authorities behave like headless chickens, react in panic, and condemn the racial act unanimously.

Indeed, looking into our past, any racial offense is regarded as a national catastrophe.

I did not find a more recent table, but there was a substantial increase in politically motivated crimes (Politisch Motivierte Kriminalität) in Germany between 2017 and 2018. The chart produced by our Ministry of the Interior shows data categorized as crimes and acts of violence that are "simply" hate-motivated, xenophobic, and anti-Semitic. This afternoon a vigil was held in memory of the murdered George Floyd at the Square of the Old Synagogue in Freiburg's city center. It had been organized by the anti-discrimination office of the university, the groups "Our Voice" and "Here and Black", as well as the university's BIPoC (Black, Indigenous and People of Color).

In the end, more than 10,000 people had gathered. A man from the Gambia said, "Color doesn't matter, we all breathe."