On March 15, 2020, the border between France and Germany was closed for all private traffic. The countries of the Schengen Treaty that had abolished all border checks in the European Union in 1985 put up barriers to fight the Corona pandemic on a national level.

An outcry went through Europe. Suddenly, everyone was next to himself again.

In retrospect, the closing of the borders turned out to be the right thing to do, for the Coronavirus is best controlled locally, i.e., at the level of the federal states, districts, and municipalities. 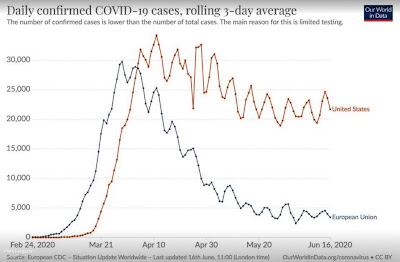 Given the decreasing number of Corona infections in the EU, most borders opened again in Europe last Monday.

But today was my day. Red Baron took his car he uses only rarely and drove into France to Colmar. Indeed, there was no border check, just a smooth drive, crossing the bridge at Breisach over the Rhine River.


June 18, is the special day in France


During World War II, Germany fought a Blitzkrieg in France. Paris was declared an open city on June 10, 1940, and was taken by German troops on June 14. The head of government of the Third Republic, Paul Reynaud announced his resignation in the face of defeat on June 16, 1940. Maréchal Philippe Pétain celebrated as a national hero since the Battle of Verdun in 1916, became the new head of state. One day later, he asked for an armistice with the German Reich.

"The year is 1940. On May 17, the French Army surrendered to the invading Germans. Maréchal Pétain formed a collaborating government in Vichy. The French have given up. Well, not entirely. One tall general the indomitable Charles de Gaulle still holds out in far-away London."*
*I demand pardon of the creators of Asterix and Obelix

On June 18, 1940, de Gaulle read an appeal on BBC, condemning the armistice, "But has the last word been said? Must hope disappear? Is defeat final? No! … Whatever happens, the flame of the French resistance must not be extinguished and will not be extinguished."


Yesterday was the 80th anniversary. 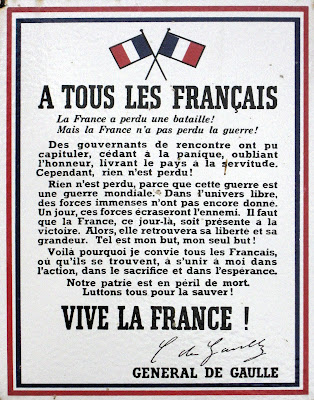 De Gaulle's famous quote: "La France a perdu une bataille! Mais la France n'a pas perdu la guerre" ("France has lost a battle, but France has not lost the war") often associated with the Appeal of June 18, actually stems from a motivational poster featuring De Gaulle, A Tous Les Français, which was distributed all over London on August 3, 1940 (Wikipedia).

When you step out of the parking, you see the Unterlindenmuseum housed in a former Dominican convent. 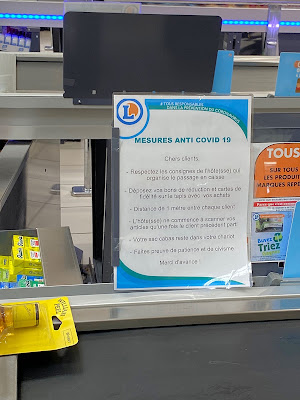 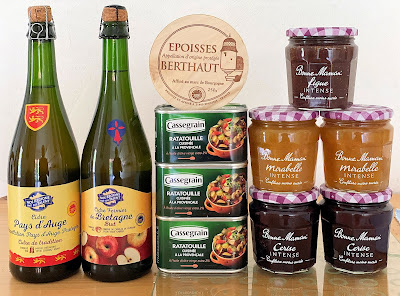 Here is what I bought:

In Germany canned vegetables are for the people, in France, they are pour les gourmets. The quality of this ratatouille is exceptional. The shelves are generally empty, so you always buy a small supply.

The same is true for the jam Bonne Maman. They brought out a new quality jam one year ago with less sugar but more taste. I only could find Cerise (black cherry), Mirabelle, and Figue (fig). The other fruits were sold out.

Finally, the king of the soft cheeses: Époisses. The one I bought had the ideal degree of maturity.