On October 11, Red Baron took the train to Lörrach. Lörrach is a small town south of Freiburg on the Swiss border. The Netzwerk Geschichtsvereine (network of history societies) had invited to their annual meeting at the Dreiländermuseum (Museum of three countries). The network encourages the writing of a common history for the upper Rhine region in promoting the collaboration between history societies in France, Germany, and Switzerland. There are actually more than 430 local associations in the three countries dealing with (in particular) regional history. At the meeting many people stressed that the Trinationale Metropolregion am Oberrhein (Metropolis of three nations on the upper Rhine) is a region with a common history. At the end of the 17th and the beginning of the 18th century this common heritage that had existed over centuries was replaced by national borders. The Rhine river became the dividing line instead of being the symbol of common roots in culture and trade.

Presently there are 35 exhibition in the region commemorating the Great War. The Dreiländermuseum in Lörrach had conceived an appropriate exhibition showing the impact of the war on the people who had lived together crossing the existing borders without showing passports or other documents before 1914. When shortly after the outbreak of the war Germany closed its borders thousands of Alsatians in the Reichsland* were suddenly cut off their work in neutral Basel. The border between France and Germany running on the crest of the Vosges mountains that had been loosely patrolled before now became the front line between the two countries. In spite of great efforts and enormous losses on both sides in men and material the front did not move until the end of the war.
*the German speaking part of France that Germany had annexed in 1871 following France's defeat in the War of German Unity

Here are some examples of how the region felt before and during the war: 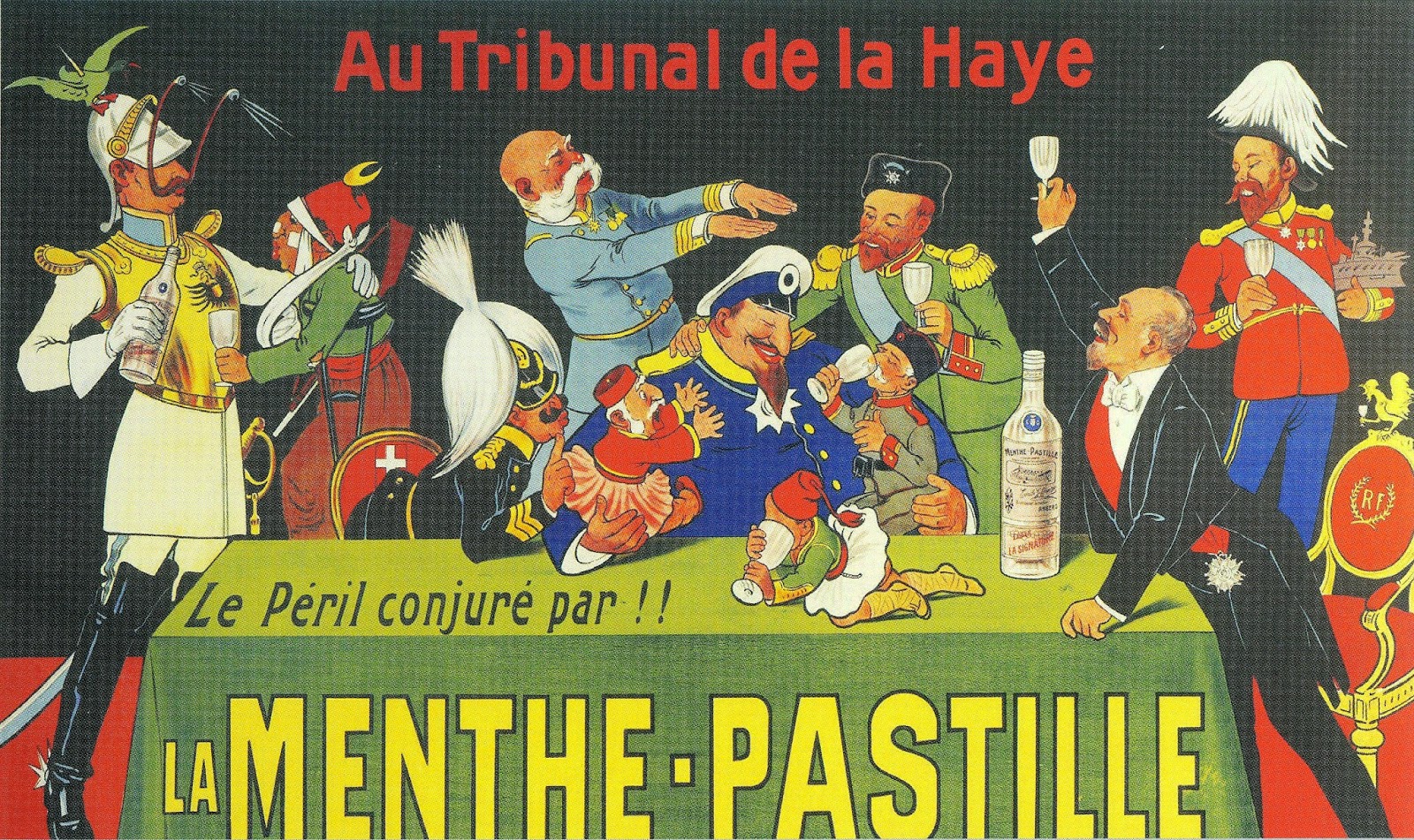 Warding off the danger in drinking La Menthe-Pastille (©DLM)
The French producer of the liquor had intended to publish an advertising poster on the occasion of the Third Hague Conference of 1914. When the Conference was postponed to 1915 and therefore did not take place the firm withdrew the poster. On the left Kaiser Wilhelm II tries to feed the "sick man on the Bosporus" (Turkey) with the liquor while the Austrian  Emperor Franz-Joseph dreamwalks behind the scene. King  George V stands on the right in the back with a glass in one and his navy in the other hand. Tsar Nicholas II caresses Serbia's Premier Nikola Pašic who tries to bring the smaller Balkan states under Serbian rule while the Belgian King is raising a warning finger. Finally on the left French Prime Minister Aristide Briand is proposing a toast.