I am writing about Berthold Brecht who was born in Augsburg on Auf dem Rain 7 and baptized and confirmed Lutheran in Barfüßerkirche nearby. 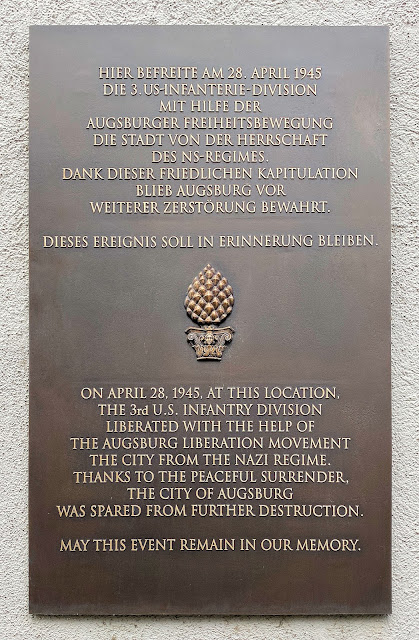 On my walk to Augsburg's highlight, the Fuggerei, I passed a commemorative plaque showing a pine cone, Augsburg's coat of arms. It is a tribute to the Romans who took the seeds to their base camp Augusta in Raetia...
... and to the American Forces liberating Augsburg from the Nazi regime on April 28, 1945. 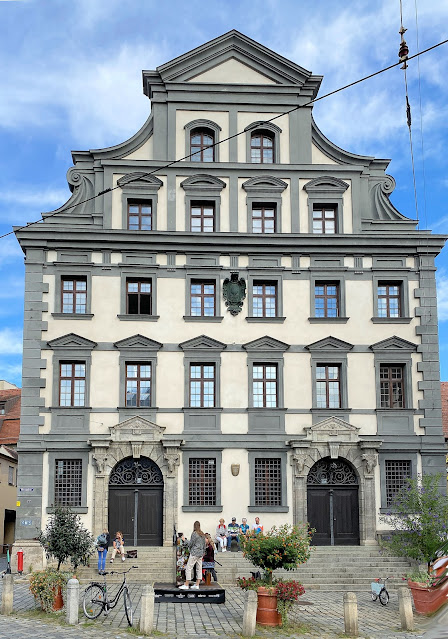 In passing, I also admired the Alte Metzig (old slaughterhouse) of 1609 proving that butchers have never been poor people.

The discalced monks of the Franciscans came to Augsburg in 1221 and built their first Barfüßerkirche 23 years later. The barefooted monks made the teachings of the Reformation known among the craftsmen and ordinary people. Their reading master Johann Schilling was extremely popular among ordinary people because of his courageous demands for social justice.

When Augsburg became protestant, the monastery was dissolved, the Franciscans left Augsburg in 1526. In 1536 the Barfüßerkirche became Augsburg's first protestant parish church. You enter the church walking through a densely planted court ... 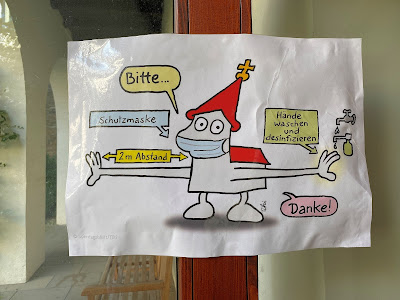 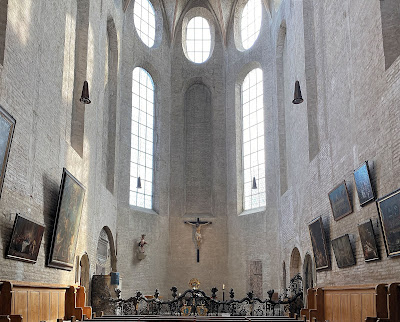 Inside the building, the walls are covered with oil paintings. 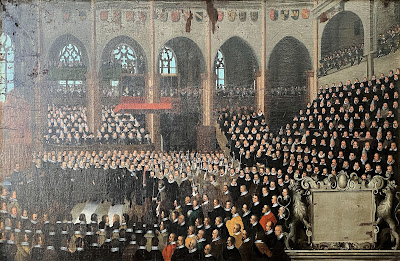 The coronation of the Winter King, Frederick V of the Palatinate at Prague painted by an unknown artist found all my attention for this provocation of the Habsburgs started the Thirty Years War. Read more about the history in German. 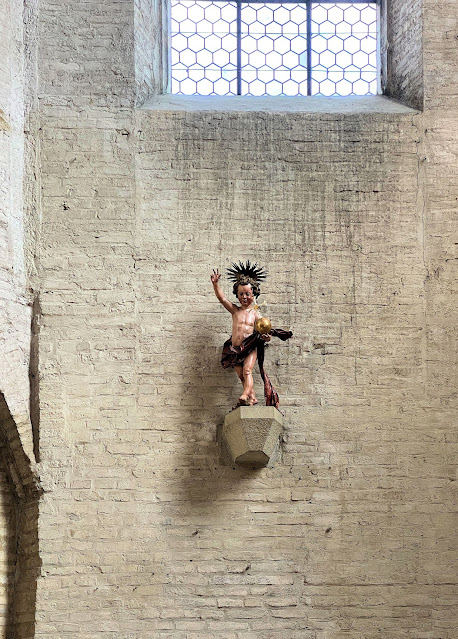 While I was in the church, a lady entered timidly and asked whether she may take a photo of the Christkind. I had nothing to allow but took a shot too. The Christ Child blessing dating from 1632, was sculptured by Georg Petel.

On my way out through the cloisters, I noted a photo and some text.

Eugen Berthold Friedrich Brecht was baptized on March 20, 1898, at the Barfüßerkirche. On March 29, 1912, he there was confirmed. A childhood friend remembers, "Berthold obviously took confirmation classes quite seriously. He was able to recite the Bible texts to be learned by heart with ease."

In 1928, a few weeks after the sensation of the Threepenny Opera, which had made Brecht the darling of Berlin's Kurfürstendamm, he was asked about his favorite reading. He answered; "You probably will laugh, the Bible." 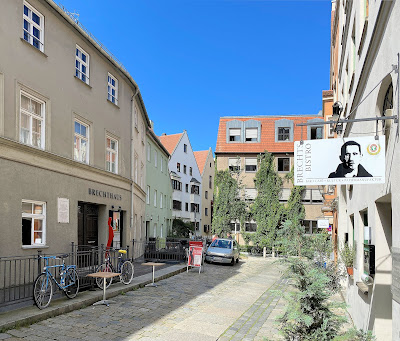 The Brechthaus on Auf dem Rain 7 is just around the corner. So I paid tribute to the 20th century  master of the German language. 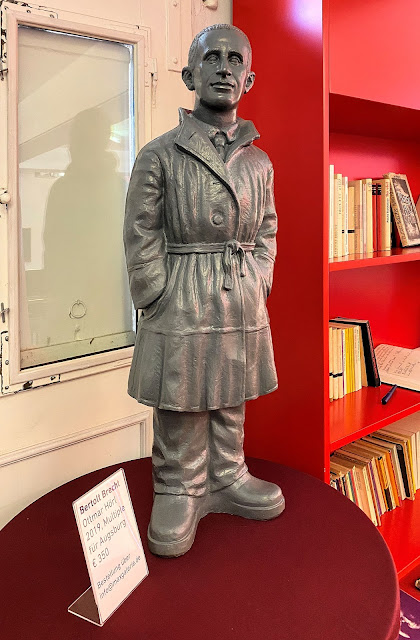 When entering the exhibition on my left; yes, he did it again. Ottmar Hörl's sculpture this time of Berthold. Here are others previously mentioned Richard Wagner, Johann Wolfgang von Goethe, Karl Marx, Martin Luther, and Ampelmännchen. 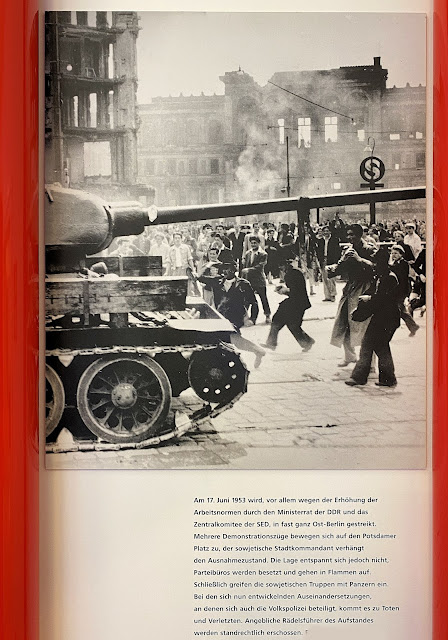 Following the violent supression of the uprising in East Germany on June 17, 1953, Brecht broke with the Communist regime writing the following poem: 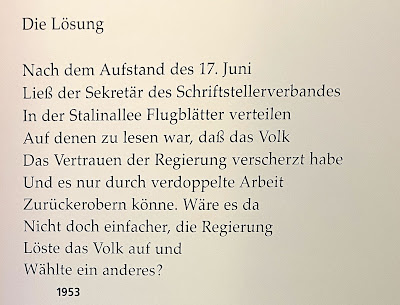 After the uprising of the 17th of June

The Secretary of the Writers' Union

Had leaflets distributed on the Stalinallee

Stating that the people

Had forfeited the confidence of the government

And could only win it back

By increased work quotas. Would it not in that case be simpler

To dissolve the people