It is not me who will present new revelations on climate change. They instead are made by those who still deny that climate change is man-made. Here are a few examples: 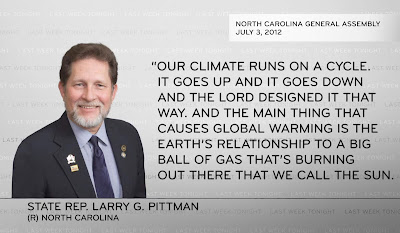 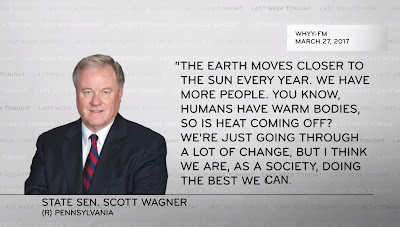 Mr. Walker, are we really doing the best we can? Let us look at the global temperature rise.

In 2007 I gave a talk at the Freiburg-Madison-Gesellschaft titled Gaia schlägt zurück. The Revenge of Gaia was the title of a book by James Lovelock. I also used the 2007 Report of the IPCC*, Climate Change: The Physical Science Basis, to support my talk. The following graphic is drawn from there.
*Intergovernmental Panel on Climate Change

In the 2007 projection of the IPCC, the global temperature rise between 2000 and 2020 would be 0.47 degrees. In that short period, the increase is nearly independent of various scenarios of CO2 emissions assumed by the IPCC. Thirteen years later, we have measured temperature data.

The measured global temperature rise between 2000 and 2020 is 0.48 degrees, so the projected one within the margin of error. Does this mean there is no problem? 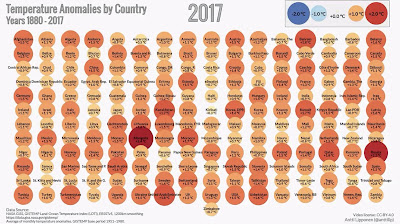 In 2017, there was no place in the world where the measured temperature was not higher than the long-term mean temperature averaged over the years 1880 to  2017.

What is most disturbing is the increase in the global CO2 concentration over the years without any sign of leveling off. Where are the sources of greenhouse gases?

Decreasing carbon dioxide emissions in the States and the EU over recent years are more than compensated by fossil fuel burning China and India. Note, in particular, the increase in greenhouse gas emissions by international shipping and aviation. 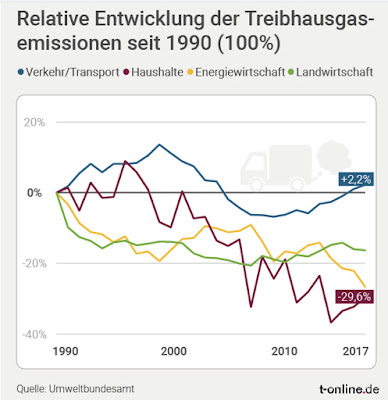 As for Germany, it follows the European trend of a slight decrease in CO2 emissions. In particular, households acquired more energy-efficient machines and LED lighting. Although nuclear power is phased out, energy production became less CO2-prone since inefficient lignite burning power stations were shut down. At the same time, the contribution of wind and solar power to the energy mix increased. Only transport is identified as the Achilles heel with more and more people driving SUVs. 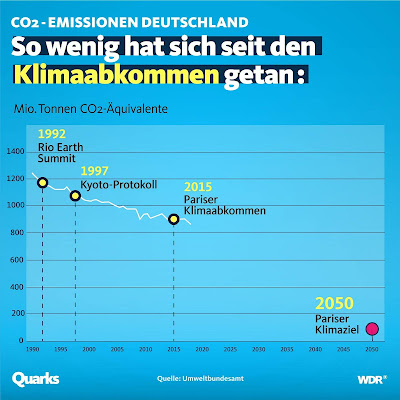 So in Germany, we are far from our goals on CO2 emission. To meet the Paris target figure in 2050, the gradient of the decrease must become steeper.

Deniers of man-made global warming try to find other explanations for the apparent climate change. Here are slides are taken from an ARD presentation on television showing how natural and man-made factors may influence the observed temperature rise:

One of the consequences of temperature rise is the loss of ice at glaciers and the polar regions. 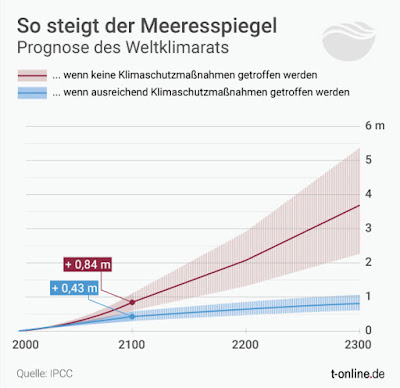 According to the IPCC, the projected sea-level rise due to melting ice varies from 2 mm/year with climate protection measures to 17 mm/year without CPM. 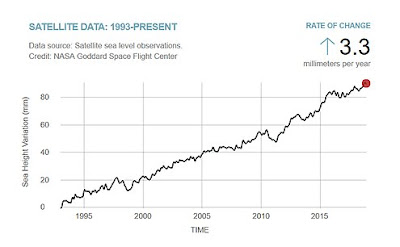 The measured rate of sea-level increase is actually 3.3 mm/year. 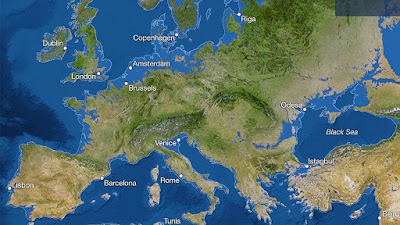 Pictures of the "land underwater" doomsday scenario are well known. 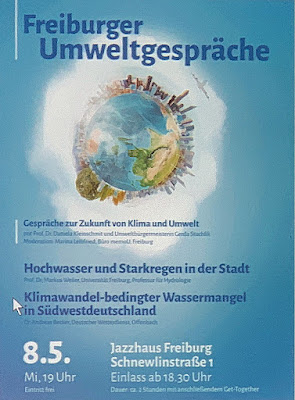 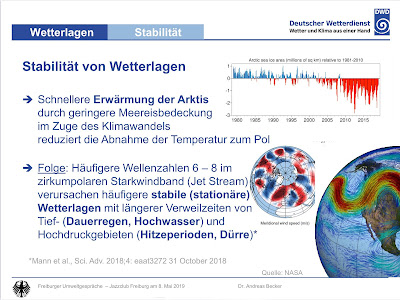 Due to global warming, lower temperature gradients are measured between polar regions and temperate zones.

This causes jet stream anomalies that frequently result in stable, stationary weather conditions. So heatwaves and periods of droughts change with steady rain and inundations. 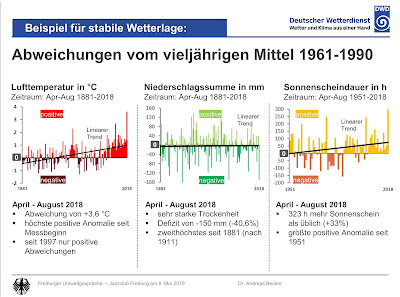 In Germany, for the years 1881 to 2018, the increase in sunshine duration from April to June corresponds to a rise in temperature. For the same period, no long-term deficit in precipitation is observed, although 2018 was a particular year. 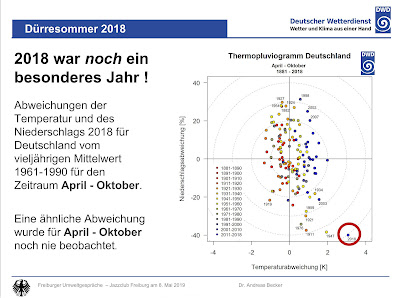 Taking the months from April to October 2018, a significant anomaly (circled) is noticed in a combination of the lowest precipitation and the highest temperature compared to the years 1881 to 2018. 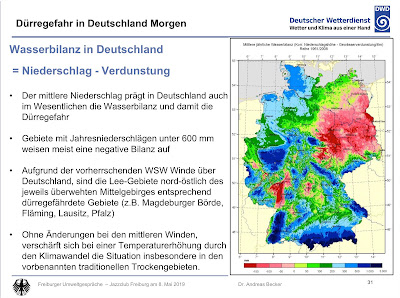 Here are the hydrological previsions for Germany. The water balance is the difference between precipitations and evaporation. Due to higher evaporation at higher temperatures, the region around our capital Berlin is likely to become a desert.

People in Freiburg are reminded about the summers becoming hotter. The Menetekel is not written on the wall but painted on a streetcar with colored stripes. 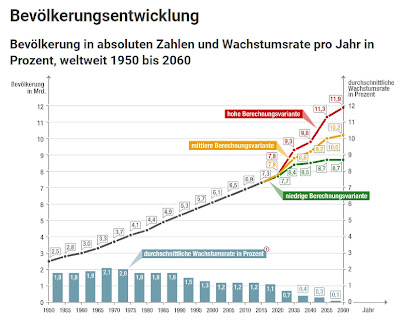 Eventually, all efforts to limit the rise of the global temperature to 1.5 degrees* will fail if the population's growth continues. "Our blue planet is too small for 10 billion people", as State Senator Scott Wagner formulated, "We have more people. You know, humans have warm bodies. So is heat coming off?" Yes, it is around 100 watts per person.
*IPCC Special Report on Global Warming of 1.5 °C  on October 8, 2018
Eingestellt von Red Baron um 15:48