The 75th Anniversary of the Liberation of Auschwitz

On January 27, 1945, the Red Army liberated the extermination camp Auschwitz. On that date, the International Holocaust Remembrance Day, Freiburg commemorates the victims annually. 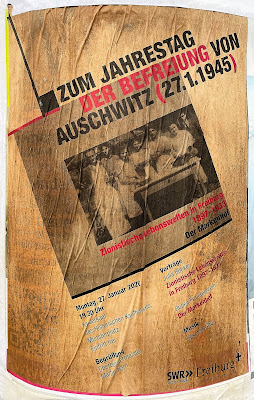 This year, the 75th anniversary of the liberation, the infamous day was officially remembered in the presence of heads of states at Yad Vashem in Israel. 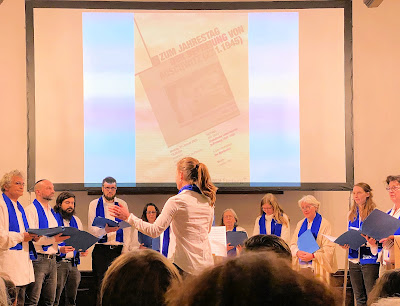 In contrast, Freiburg had chosen to commemorate on a low key with two lectures framed by the music of the Freiburg Gescher Choir. 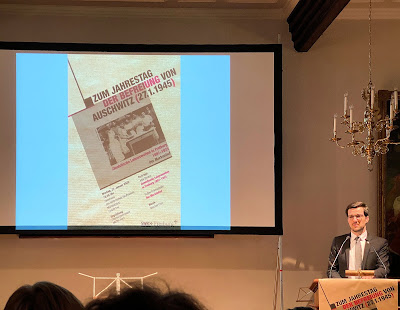 Lord Mayor Martin Horn introduced the commemoration referring to recent anti-Semite incidences in the city. To the applause of the audience, he stressed that racism, hate, and exclusion have no place in Freiburg. 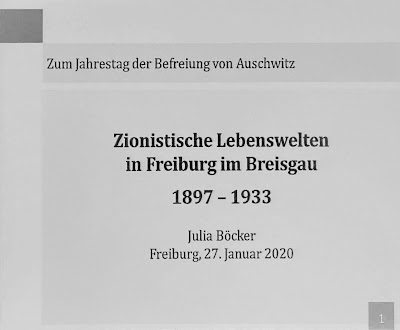 Two little-known facts of Jewish life in Freiburg and it's surroundings before the beginning of National Socialism were presented in two lectures. Julia Böcker talked about Zionist living environments in Freiburg. 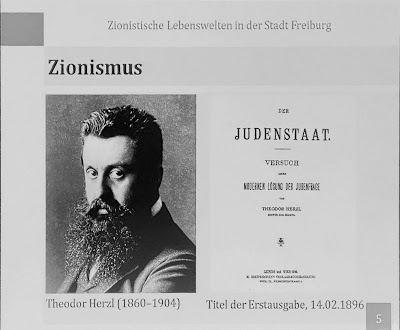 Red Baron has written about the quest for a Jewish state before. The first Zionist Congress in Basel on August 31, 1897, adopted a resolution calling for the "creation of a home in Palestine secured under public law for those Jews who cannot or do not want to assimilate elsewhere." 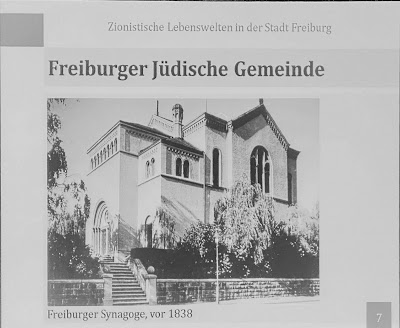 In Freiburg, Zionism was not very popular for Jewish citizens regarded themselves as part of the middle-class society. 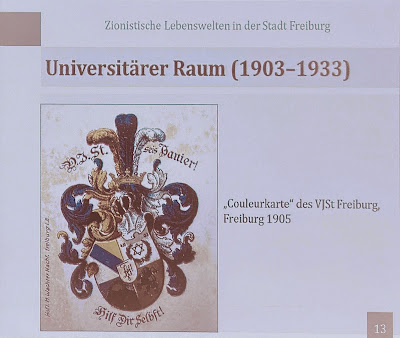 They even had Jewish student fraternities. 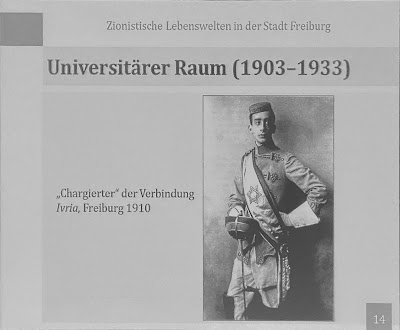 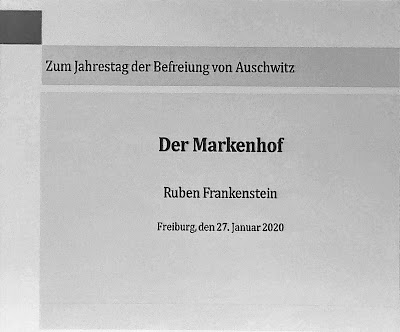 The second lecture by Rubin Frankenstein described the Markenhof, an active element of Zionism near Freiburg.

At the beginning of the 1920ies, young Jewish people gathered at the Markenhof at Kirchzarten, learning agriculture. The Hof (farm) was economically quite successful growing cereals, cultivating fruits, and raising livestock. They even raised pigs - they did not eat - and had the most effective breeding boar in the region.

They prepared themselves for their emigration into the British mandated territory Palestine. There they founded the Kibbutz Beth Sera, one of the nuclei of the future state of Israel.


At the end of his talk, Rubin Frankenstein asked the mayor of Kirchzarten being present that a commemorative plaque is fixed at the building of the former Markenhof.
Eingestellt von Red Baron um 10:39